Study Shows Support for Refugees Drops Off Closer to Home

Researchers find many who back a national resettlement policy oppose it nearby. 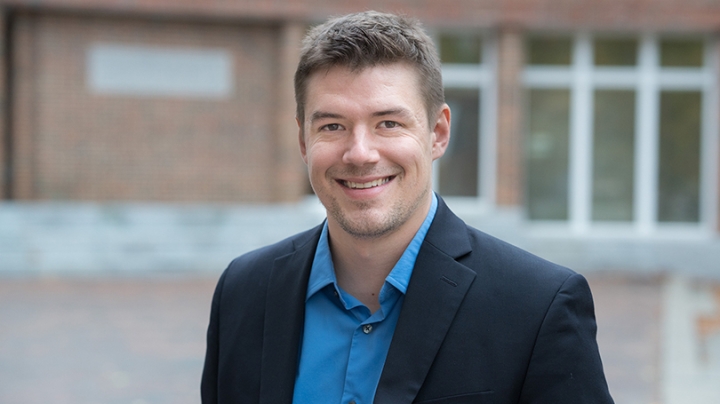 “If even the supporters of the policy don’t support it locally, it becomes what we call a collective action problem. It means people are probably supportive in terms of symbolic politics, but not willing for the policy to affect their local lives,” says Assistant Professor of Government Jeremy Ferwerda.

Yusaku Horiuchi is a professor of government and QSS and the Mitsui Professor of Japanese Studies. (Photo By Eli Burakian ’00)

The study, coauthored by Ferwerda, D.J. Flynn, a postdoctoral fellow with the Program in Quantitative Social Science, and Yusaku Horiuchi, a professor of government and QSS and the Mitsui Professor of Japanese Studies, was published in the peer-reviewed open access journal Science Advances.

The researchers found that the Trump administration’s framing of refugee resettlement as a national security threat, and media accounts highlighting that perceived threat, significantly reduce support for national and local resettlement efforts. In addition, when participants read a media account framed to refute the alleged link between refugees and terrorism, it failed to increase their support for resettlement.

“This finding is consistent with a large body of literature on how people react to factual information about politics. On controversial issues, people are often reluctant to reject negative claims about social, ethnic, or cultural groups outside their own experience. In our study, people’s support for resettlement was affected by negative information about refugees but unaffected by positive information,” Flynn says.

The researchers found that the preference for national over local resettlement was consistent regardless of age, gender, race, income, education, employment status, ideology, or partisanship—with one exception. Participants living near large refugee populations were less likely to be negatively influenced by threatening media accounts compared to people in communities with smaller or no refugee populations.

“That’s the positive side of the story. People who actually have experience with refugees appear to be less swayed by arguments that frame refugees as a national security threat,” Ferwerda says.

“MTurk is especially attractive for our study because it allowed us to rapidly field the experiment while the executive order was being widely debated,” says Horiuchi.

The researchers say this consistent “not-in-my-backyard” response underscores the challenges that could lie ahead for placing refugees in communities throughout the country.

“NIMBYism is apparent among participants of different political and demographic backgrounds and geographic contexts. This collective action problem is likely to become more pronounced if the Trump administration continues to emphasize the potential costs of refugee resettlement in Americans’ local communities,” the Dartmouth researchers write.

The authors also note that with the original immigration executive order, the Trump administration instructed the government to consider allowing localities to opt out of refugee resettlement.

“Communities can’t say no to refugee resettlement right now, but if an opt-out provision is created, our findings show that very few places would actually want to opt in,” Ferwerda says.