Charles Wheelan ’88 will chair a committee on the future of the Hanover Country Club. 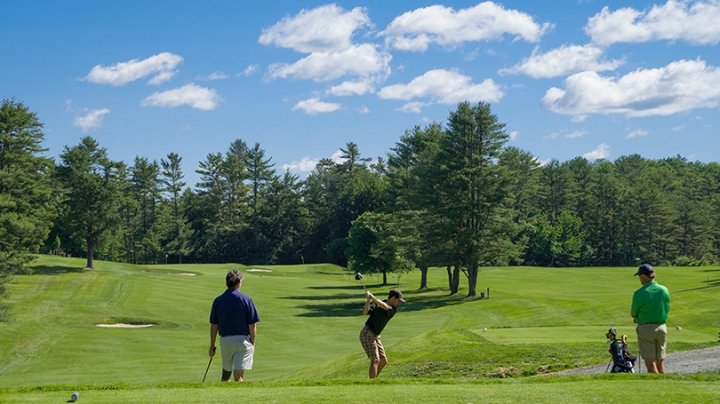 Dartmouth will name a committee to study the future of the Hanover Country Club, which is owned and operated by the College and has been losing members and operating at an average annual loss of almost $600,000 for each of the last four years.

Senior lecturer Charles Wheelan ’88 will chair the committee, which will advise Executive Vice President Rick Mills. Mills will present a recommendation on the future of the golf course to President Phil Hanlon ’77 and Dartmouth’s board of trustees in June.

Mills told College staff and faculty about the committee at a town hall meeting on Nov. 29.

“I want to make sure that there’s a platform for everyone who has a point of view about the golf course to express that point of view in a way that can be heard and thought about and processed,” Mills told more than 120 staff, faculty, and area residents at the town hall meeting in Spaulding Auditorium.

Dartmouth has no plans to sell the golf course property.

As part of a four-year effort, started in 2016, to redirect approximately $20 million from administrative spending to academic spending, the College has looked at non-academic areas with an eye toward identifying expenses that can be reduced or eliminated in order to reallocate the funds for academic priorities.

As part of the committee’s work, facts about the property will be shared “so that the debate is held over a consistent set of facts (and) we’re not disagreeing about the underlying facts,” Mills told the town hall attendees.

Wheelan, a golfer, is the only committee member to be named thus far. The other members will be appointed soon by Mills. Mills says he will seek people who are in favor of keeping the golf course open and those on the other side of the issue, “people from all around who can actually sift through a bunch of material, both financial material and other things.”

The group will begin work in winter term.