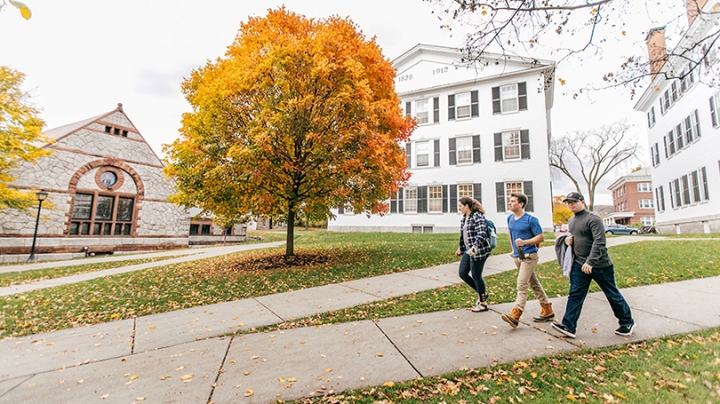 Members of the Task Force on Enrollment Expansion want to hear from faculty, students, staff, alumni, and community members on the possible expansion of the undergraduate student body.

The task force, co-chaired by Dean of the College Rebecca Biron and Dean of the Faculty of Arts and Sciences Elizabeth Smith, was charged in August by President Phil Hanlon ’77 with creating a hypothetical implementation plan to increase the number of undergraduates by 10 to 25 percent.

With its approximately 4,300 undergraduates, Dartmouth has the smallest number of undergraduates in the Ivy League. The size makes it challenging for the College to enroll classes that represent a wide diversity of backgrounds, academic interests, and activities outside the classroom.

The task force’s charge requires that the growth plan advance Dartmouth’s academic mission without creating an economic burden. The task force is also considering whether there are economies of scale to be achieved—ways of more efficient operation that could be realized by increasing the number of students.

“We want to collect insight and deeply consider how aspects of the Dartmouth experience could be preserved and possibly even enhanced if a decision were made to enlarge the student body,” Smith told trustees at last weekend’s fall meeting. “We are early in the process of collecting input from a wide range of community members.”

This fall, task force members have been consulting academic department chairs and various administrators in non-academic programs and divisions to understand what they think the opportunities and challenges of a larger student body would be.

“We are in the thick of the work now and are looking forward to hearing from more members of the Dartmouth community,” says Biron.

A final report on expansion possibilities will be delivered to President Hanlon in mid-March, and then informed discussions will take place before trustees make the final decision on whether to increase undergraduate enrollment.