The a cappella group gave an impromptu performance after a late-night broadcast.

Much to their surprise, Dartmouth’s a cappella group the Sing Dynasty recently found themselves singing for Conan O’Brien.

Earlier this month, on his late-night TV show, O’Brien welcomed fellow comedian Dennis Leary to the TBS program, and the talk turned to commencement speeches. “I did one at Dartmouth,” O’Brien told Leary, referring to his wildly popular 2011 commencement address, which has gotten over 800,000 views on YouTube from 114 countries.  (National Public Radio’s online headline asked, “Did Conan O’Brien Give ‘The Greatest Commencement Speech Ever?’ ”)

As soon as O’Brien mentioned Dartmouth, raucous applause erupted from a row of spectators in the middle of the theater. Wearing Dartmouth T-shirts, they were members of one of the College’s a cappella groups, the Sing Dynasty.

“Are you guys from Dartmouth?” O’Brien asked.

O’Brien faced the camera. “Anyone watching at home thinks that’s a total set-up. But I didn’t know, I swear to God,” he said.

The students took in the late-night show at the end of a whirlwind tour of Los Angeles. They performed for the American Legion aboard the battleship Iowa, at a VA Hospital in Long Beach, and at the Los Angeles Children’s Hospital. They ran an a cappella workshop at a middle school, and sang the national anthem at an LA Lakers game.

In 2016, the group performed at the 75th National Pearl Harbor Remembrance Day Commemoration, and for President Obama and his family at a White House holiday reception.

“We’ve had an emphasis on public service, especially service to the military,” says Nicholas Vernice ’18, the group’s president. “It’s what we are the most excited and proud to do.”

“We performed some of our pop repertoire on the Warner Brothers lot, took a studio tour, and then went to Conan O’Brien’s show,” says Vernice.

They figured they would be spectators, for a change. But the spotlight found them. After the broadcast was over, O’Brien asked them to sing for him and the studio audience. 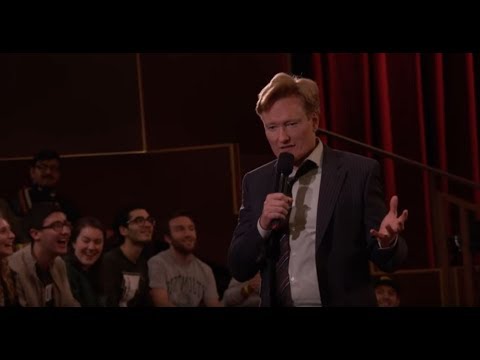 “It came up so organically,” Vernice says, about the surprise opportunity.

As the audience applauded and cheered, O’Brien called their impromptu rendition of Feeling Good, “amazing.”

“Pulling that off is a testament to how much we have grown musically in the four years I have been with the group,” says Vernice. I’m also really proud that we are finding a greater sense of purpose, on a national scale.” 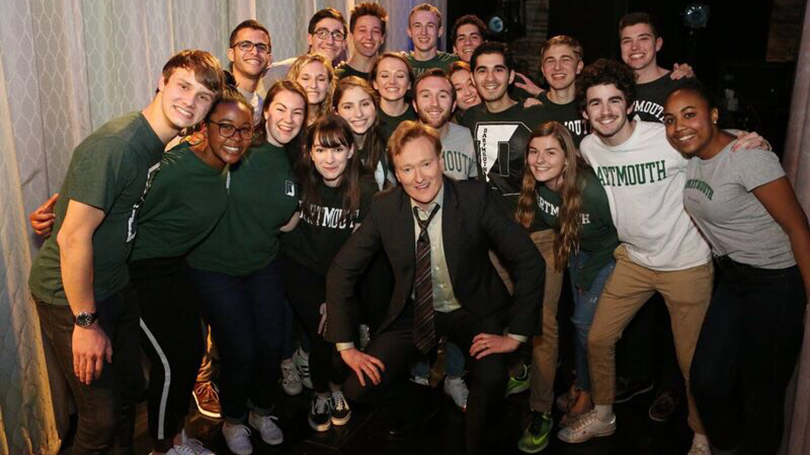 The Sing Dynasty gathers backstage with Conan O’Brien after performing on the set of his late-night talk show while the group was on tour in Los Angeles. (Photo courtesy of Sing Dynasty)
Written by
Charlotte Albright
Share this
FacebookTwitterEmail
Articles