Former NEH Chair to Discuss the Future of the Humanities 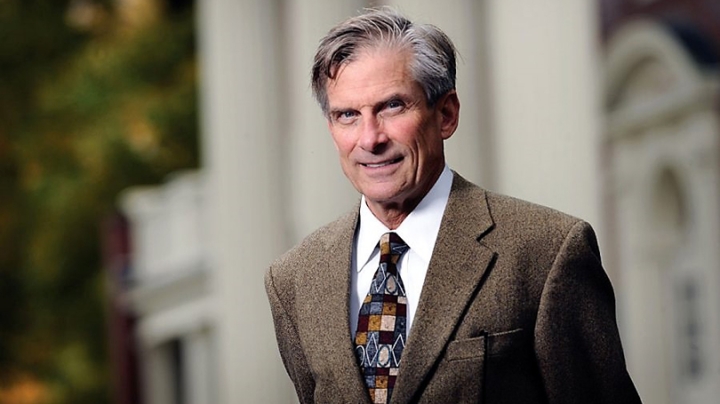 Former NEH Chair William “Bro” Adams is the next speaker in the series “Why the Humanities Matter in the 21st Century.” (Photo courtesy of Colby College)
1/24/2018
Body

Former National Endowment for the Humanities Chair William “Bro” Adams will give a talk titled “New Directions in Humanities Teaching and Research” at 5 p.m. Jan. 30 in Moore Hall’s Filene Auditorium. The event is free and open to the public.

At the NEH, Adams championed efforts to raise the profile of the humanities in public life, launching an initiative called The Common Good: The Humanities in the Public Square, which “seeks to bring the humanities into the public square and foster innovative ways to make scholarship relevant to contemporary issues,” according to the NEH website.

The Common Good initiative has funded programs for veterans and underserved groups, supported the publication of humanities scholarship for general audiences, pushed for the open-access republication out-of-print scholarship as ebooks, and provided teaching grants for community colleges, among other programs.

Adams resigned from the NEH in May 2017 with plans to continue advocating for the agency, which the White House has sought to cut, and for the importance of the humanities in public life. In July 2017, the Andrew W. Mellon Foundation announced his appointment as a senior fellow.

A Vietnam veteran and a scholar of political philosophy, Adams studied philosophy at Colorado College, earned his doctorate in the history of consciousness from the University of California, Santa Cruz, and studied in France as a Fulbright Scholar. He has taught at Santa Clara University and the University of North Carolina-Chapel Hill; coordinated Stanford University’s Great Works in Western Culture program; was vice president and secretary of Wesleyan University; and served as president first of Bucknell University and later of Colby College before being tapped by President Obama to lead the NEH.

“This lecture series brings major public intellectuals to Dartmouth to discuss the central role played by the humanities in American civic, cultural, and political life,” says Barbara Will, associate dean of arts and humanities. “Bro Adams has devoted his entire career to working on behalf of the humanities and the liberal arts, and his lecture will showcase his depth of experience and insight as an educator and policy maker.”

Past speakers in the series include Harvard professor and social critic Cornel West and William Deresiewicz, author of Excellent Sheep: The Miseducation of the American Elite and the Way to a Meaningful Life.