Wyatt Omsberg ’18 Drafted by Minnesota United in First Round 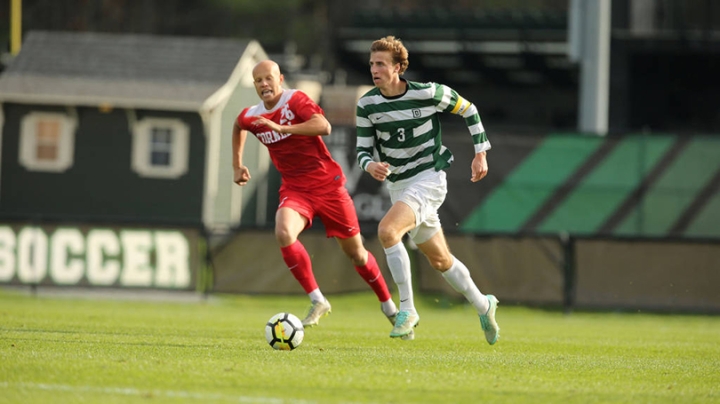 Senior defender Wyatt Omsberg was selected 15th overall in the first round of the 2018 Major League Soccer SuperDraft by Minnesota United FC.

Omsberg recently completed his senior season playing for the Dartmouth men’s soccer team, helping lead the team to the 15 seed in the NCAA Tournament, hosting a second-round match against New Hampshire. The Scarborough, Maine, native served as a co-captain in his final season and led the 2017 defense in allowing only 12 goals, nine shutouts, and a team goals-against average of 0.73.

A two-time Ivy League Defensive Player of the Year and three-time First Team All-Ivy honoree, he also was named to the United Soccer Coaches All-America Second Team in 2017 and Third Team in 2017, and those are just a few of the accolades he accrued while playing for the Big Green.

“I am thrilled for Wyatt,” said former Dartmouth head coach Chad Riley. “Minnesota has made a wise pick and Wyatt has a great future ahead of him. I can’t wait to see him on the field soon!”