Committee Named to Study the Future of the Golf Course

The course has been losing members and operating at a loss each of the last four years. 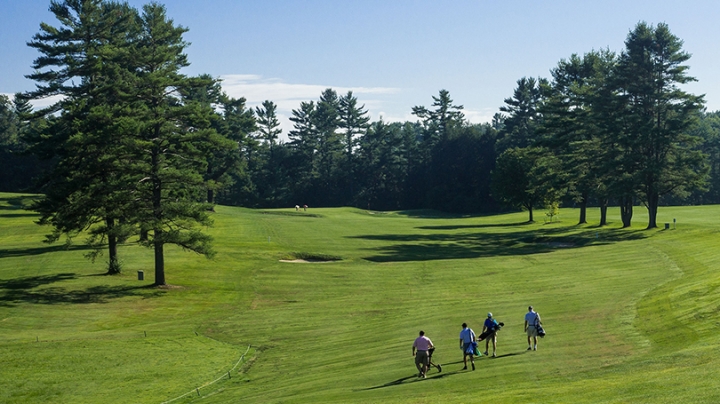 The committee’s report recommending a course of action will be given to President Phil Hanlon ’77 in the spring and considered by the board of trustees in June. (Photo by Eli Burakian ’00)
2/06/2018
Body

A committee has been named to study the future of Dartmouth’s golf course, which is owned and operated by the College and has been losing members and operating at an average annual loss of almost $600,000 for each of the last four years.

The other members, appointed by Executive Vice President Rick Mills, are:

“The most important thing at the beginning of the process will be listening to the various constituencies who use the golf course and the space immediately around it so we understand how they will be affected by the future of this resource,” says Wheelan.

The committee will begin meeting this month to review material and develop scenarios for the future of the golf course. A final report recommending a course of action will be given to President Phil Hanlon ’77 in the spring and considered by the board of trustees in June.

The committee plans to solicit input from members of the Dartmouth community. People can contact the committee at golf.course.advisory.committee@dartmouth.edu. Committee reports, progress updates, and dates for community forums can be found at https://sites.dartmouth.edu/golf-course-committee.

The charge to the committee includes evaluating three scenarios for the golf course. One is to continue operation as is while taking steps to limit or reduce cost; another is to close the course and analyze options for an indoor golf practice facility; and the third is to redesign and alter the golf course to improve its operation and develop a funding plan that is not reliant on the College’s operating budget.

As part of the committee’s work, facts about the property will be shared so that discussion about the future of the golf course can be conducted with a consistent set of facts, Mills told those attending a town hall meeting in November, when he talked about the creation of the committee.

“Ultimately this decision will be up to the College, but the more thorough and creative we are in exploring future options, the more likely it is that we can meet the needs of the constituencies who use or are affected by the golf course,” Wheelan says.

Susan Boutwell can be reached at: susan.j.boutwell@dartmouth.edu.