Five contestants trace their journey through the tryouts.

For wowing the judges and the audience at Friday night’s show, Oyeleye won $500 and the chance to record a two-song demo. Second-place winner Caroline Smith ’21 walked away with $250, and Soomin Kim ’20, who came in third, won $100.

It’s a long road to those prize-winning moments. Dartmouth Idol starts with open auditions—this year, about 90 students showed up for the first tryouts in January. Twenty made it to semi-finals, and six advanced to Friday’s finals.

“What I see, at first, are beautiful lumps of clay,” says Walt Cunningham, the founder and music director of Dartmouth Idol. “Idol is a method to take their raw gifts and contribute something to their formation as artists and individuals. It’s not just about making them better singers, it’s about increasing their confidence in being citizens of the world.” 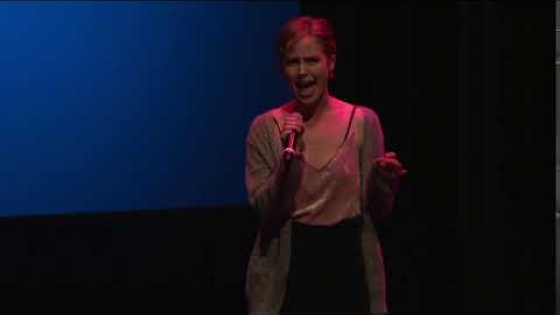 “The initial audition was a little nerve-wracking because you are singing to only a few people who know way more than you do about music and vocals,” Zoe Sands ’18 recalled after trying out. She’s from Iceland, where, she says, her parents play lots of music at their parties. “I love performing,” she says. “But I don’t think of it as a competition, and in a way, I have already achieved a major goal just getting to sing on the Spaulding stage in the semi-finals. 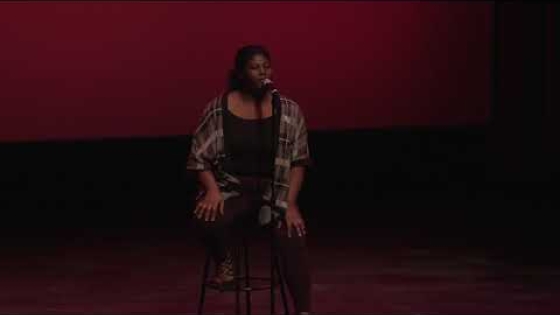 Jasmine Collins ’21 was also one of 20 singers who moved from the initial audition to semi-finals. For her, Idol was a chance to communicate, through music, ideas that are important to her. “To begin with, I auditioned with a song I was very comfortable with—Four Women, by Nina Simone—that’s explicitly political and speaks to my experiences.”

Neither Sands nor Collins advanced beyond semi-finals, but then, that wasn’t their primary goal this year.

A Chance for Coaching 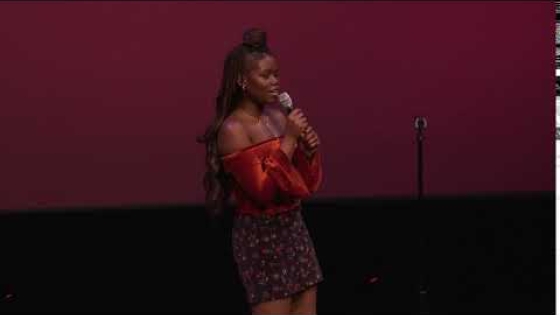 Each semi-finalist gets a 20-minute coaching session with Cunningham before trying out for the final show. Waiting outside the stage door for her turn, Amari Young ’21 was a little nervous about whether she could put across a Gladys Knight number. “This is the first time I have ever done anything like this,” she said. “In high school I was in Hairspray, but in a play, you have an ensemble behind you to help keep your energy up.”

Young was philosophical about her chances. “If I don’t make it to finals, I am sure I will be sad,” she said, “but making it to semis—that’s already a lot.”

Young didn’t make it to finals, but she has a couple of years to try again. 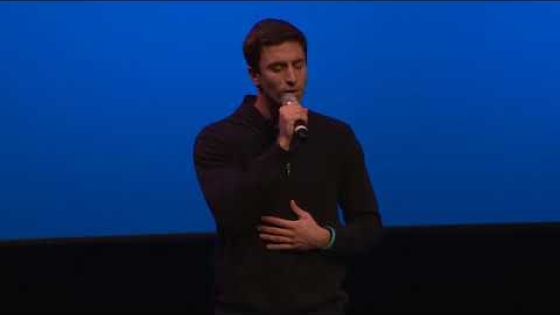 Ben Colello ’18 started auditioning for Idol three years ago. Like many contestants, he belongs to a student performing group—the Dartmouth Cords—and has “fallen in love with singing,” taking vocal instruction this year from Louis Burkot, a senior lecturer in voice and director of the Dartmouth Glee Club.

“The progression has been cool for me, from sophomore year till now, to the point where I can be myself and plant my feet, and just do it. At the beginning I was really uncomfortable, moving to the left and the right on the stage, but now I think my singing can tell the story,” Colello said before his coaching session.

While he didn’t end up among this year’s final half-dozen, he impressed Cunningham enough to snag a duet for Friday’s performance.

And Then There Were Six 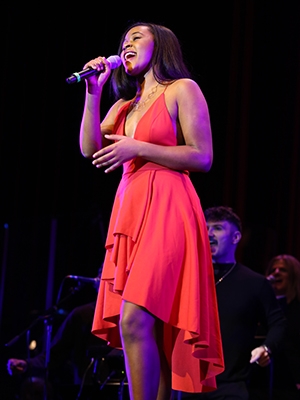 Caroline Smith ’21 sings at the Dartmouth Idol finals. (Photo by Rob Strong ’04)
Smith was amazed that both she and her roommate, Kate Budney ’21, were among the half-dozen finalists, so coming in second on Friday night was quite a surprise.

“I’m doing Don’t You Worry About a Thing, Smith said during one of her practice sessions. “The Tori Kelly version, from the movie Sing.” She downloaded it to her iPhone, and sang along. “A vocal coach from New York came up this week to help us, and that was amazing,” said Smith. “I sang the first note, and right away she said, ‘No, that’s not how we are going to do this.’” So that was intense, but super helpful.”

Smith says she has learned important lessons from the Idol tryouts—not just about singing, but about herself.

“Positive things and negative things,” she says. “Negatively, I like to be good at stuff without having to work for it a lot, which is very problematic. But I am learning that singing is like anything else. Like math. If you want to learn it, you have to work for it.” 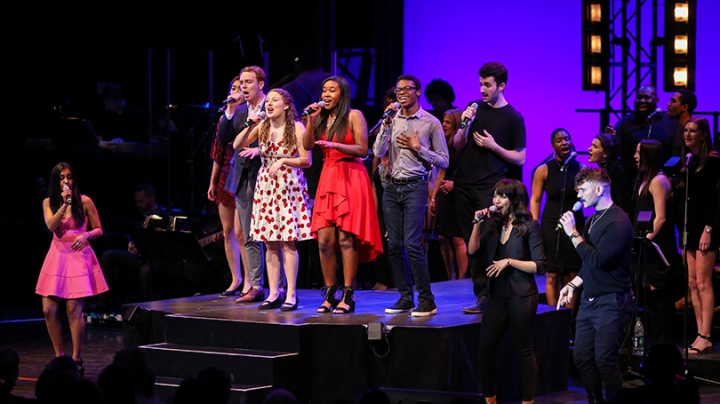 Winner Eni Oyeleye ’20, at center in gray shirt, and second-place winner Caroline Smith ’21, in red dress, perform with other finalists at the show. (Photo by Rob Strong ’04)
Written by
Charlotte Albright
Share this
FacebookTwitterEmail
Videos