The contest asks, “What does it mean to be human in a computerized world?” 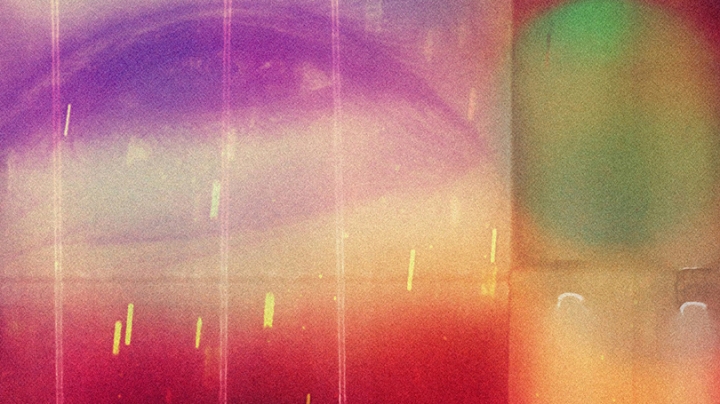 The Neukom Institute for Computational Science has awarded its inaugural literary arts award for playwriting and has announced the shortlist for its inaugural awards in speculative fiction.

The inaugural playwriting prize goes to Seattle-based Jessica Andrewartha for Choices People Make. The play is the fifth of Andrewartha’s six full-length plays and was sparked by the idea of how movies in her DVD collection would play out if they were spliced together. The result is a response to issues that are both important and fascinating to her, including reproductive rights and robot rights. 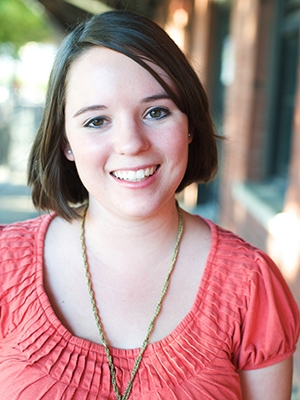 “The ability to address important themes and grow the play with all of the brilliant people involved has me giddy,” says winning playwright Jessica Andrewartha. (Photo by Jordan Chlapecka)

“The Neukom Institute Literary Arts Awards recognize the important role that the arts play in illuminating and imagining the impact of science on society, and, to that end, aim to encourage new work in this direction,” says Dan Rockmore, the William H. Neukom 1964 Distinguished Professor of Computational Science and the director of the Neukom Institute. “Jessica Andrewartha’s winning entry is funny and insightful about aspects of AI in the world that we will surely one day need to address. The institute very much looks forward to helping to bring her work to the public.”

“The Neukom Award is an excellent opportunity to explore the theme of how to be human in a computerized world,” says Andrewartha. The play is set in a future dominated by artificial intelligence. Though forward-looking, it raises questions about issues faced by today’s society.

The award includes a $5,000 honorarium as well as two staged readings of the play. The first reading will be presented at Dartmouth’s VoxFest in July. A second staged reading will take place next January at the New Works Now Festival at Northern Stage in White River Junction, Vt.

VoxFest director Kate Mulley and Northern Stage producing artistic director Carol Dunne will work with Andrewartha to further develop her work for the stage. The playwright will also be offered the opportunity to work with the Department of Theater, including its chair, Laura Edmondson, and Jamie Horton, an associate professor of theater.

“This is a wonderfully challenging play that paints a picture of a future that is actually already knocking on the door,” says Dunne. “By bringing the award-winning play to Voxfest and Northern Stage, we are giving this new work of art and those involved with it, including students, a meaningful entrée into the greater American theater.“

“The Neukom Award is not only a terrific opportunity for an up-and-coming playwright, but it also builds upon the mission of Dartmouth’s theater department to support new, experimental work,” says Edmondson. “We’re excited about the potential impact of this initiative, and this play in particular, on the nation’s theater scene.”

The Neukom Institute Literary Arts Awards program was announced last year as an open competition to honor and support creative works around speculative fiction. In addition to the playwriting award, the Neukom Institute is also offering awards for established and first-time book authors that feature themes relevant to computational work or computing in their books.

Eleven books that imagine futures far and near were recently named to the award shortlist. Included within the list of finalist books in the speculative fiction genre are novels, a graphic novel, young adult work, and collections of stories.

“These books run the gamut in form, context, and outlook. We see irony, adventure, humor, and loss,” says Rockmore. “Whether describing a cloned space crew, the future of sexual relations, or everyday life in a changed environment, the Neukom shortlist is filled with essential reads that address the complexities that the future may bring.” The shortlist was prepared by Rockmore and Dartmouth colleagues Alexander Chee and Tarek El-Ariss.

In addition to an honorarium, the two book award winners will participate in a Dartmouth-hosted panel to discuss the genre and their work.

The book judging is spearheaded by New York Times-bestselling author Maria Dahvana Headley, whose work includes speculative fiction for both adult and young readers. Her soon-to-be-released novel, The Mere Wife, is a contemporary retelling of the classic Beowulf.

“I couldn’t be more excited to judge a shortlist that represents such a diverse group of writers,” says Headley. “It’s a privilege to get to award prizes like these, which push the boundaries between forms and genres, and amplify the innovative work of radical thinkers, intense creators, and brave analyzers of our culture and future,”