The Barbary Coast Jazz Ensemble’s director writes about his friend and fellow musician. 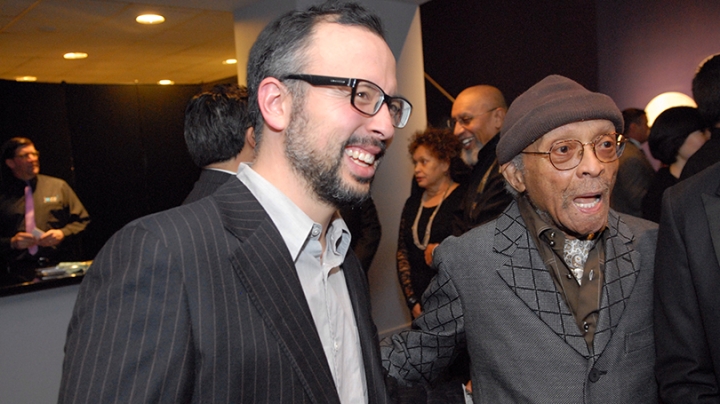 The balance of logic and passion is one of the defining generative tensions of human creativity, whether the art manifests itself aurally or visually, tells stories abstract or representative, is received in the popular marketplace or in the underground fringes.

The massively revolutionary pianist and composer Cecil Taylor, who died on April 5 at his home in Brooklyn, N.Y., was one of the preeminent examples of this simple dictum—all his work was built on an unimpeachable, if often inscrutable, infrastructure of ideas, yet that skeleton was fleshed out with a performance practice of bloody, soulful, breathtakingly virtuosic transcendence.

Born in 1929 and raised in Queens, Taylor began his professional career in Boston while attending New England Conservatory. He returned to New York City by 1955 and made his debut recording (Jazz Advance) the following year. On his earliest recordings there are nods to some of his musical roots—playful interpretations of compositions by Thelonious Monk and Duke Ellington, deconstructed versions of a few jazz standards. But from the beginning, those influences were filtered through a radically different harmonic and rhythmic conception, straining at the constrictions of fixed tonality and meter.

While undeniable in his talent, he was never subtle in his iconoclasm, and was a figure of critical controversy from the beginning, attracting ardent supporters and outraged detractors. By the early and mid-’60s, as evidenced on a series of classic albums like Nefertiti the Beautiful One Has Come, Unit Structures, and Conquistador, Taylor’s conception was wholly formed and wholly uncompromising—a shifting mélange of haunting themes and pitch sets, infinitely unfolding and spiraling; bouts of inexhaustible, propulsive energy occasionally landing in moments of unnerving, transparent calm.

He developed a template that he continued to explore, evolve, and expand for decades; a sound that permanently changed our culture’s understanding of improvisation and composition.

I had the profound joy of playing in Cecil’s large ensemble for several years in the mid-2000s. We convened a few times a year, usually for a week-long residency at the Iridium jazz club in midtown Manhattan. The band’s self-defined mission was to spontaneously orchestrate his 10 fingers into our massed instruments, to attempt to match his singular creativity with our pooled energies.

It was easier to individually engage with him as an improviser when you knew you could pass the baton among the group—even when he was in his mid-70s, his performance stamina remained herculean. I once described playing with him as like trying to surf in a hurricane, but that is not completely true, unless one can find a hurricane with intentionality and control to match its power.

The musicians ranged from 15 to 50 years younger than our leader. Several had been working with Cecil for decades, having encountered him during his short stint in the early ’70s at the University of Wisconsin. (He never lasted long in academia—his pedagogical practice was as unconventional as everything else he did—but he was always a teacher, and he could be a life-changing one.) Some were long-time veterans on the New York scene; some were younger musicians like myself in awe of our proximity to the master. All of us had been profoundly shaped by his music, and were steadfast in our dedication to realizing his ideas.

While his solo and small group work is justly feted as some of the most influential music of the past 50 years, Cecil returned to large ensemble projects whenever economically possible. He regularly cited Duke Ellington and Fletcher Henderson as formative influences; even when his own music abandoned the song forms and swing feel of those earlier masters, the core components lived in that tradition: individual initiative balanced with collective endeavor, the spontaneous shaping of ensemble sound, the organic development of a musical community, an orchestra intuitively responding to the subtlest of cues from a charismatic bandleader/composer.

The rehearsal process was intense. Cecil didn’t use conventional notation, instead dictating notes and clusters from the piano. His embrace of the oral tradition was strategic; each musician had to internalize the rhythms and the articulations, and the compositions always maintained a fluidity of form and orchestration. All the rehearsed materials had to be in the musicians’ minds and fingers at all times, yet ready to be abandoned once they had run their course, feeding off the streams of consciousness emerging from the piano. (I once asked him what we were going play as we walked onto the stage. With a winking laugh, he said, “How would I know?” and danced to his instrument.) The music might happen at any moment. It didn’t matter if it was five minutes before the end of a four-hour rehearsal, or a soundcheck before a gig, or the performance itself—if the spirits landed and the sounds became real, the commitment had to be complete, and might take anywhere from seconds to hours to resolve.

Cecil was as engaging and enigmatic in conversation as he was in his music. He would hold court for hours, with a cigarette in one hand and a glass of champagne in the other, regaling his listeners with stories of his first time seeing Balanchine, or hearing Ella Fitzgerald sing at the Apollo. The mood might shift from nostalgia to exhortation, in a personal language incorporating mysterious symbolizers and mischievous nicknames.

He was a trickster, he used humor and codes, but the import of real art and creativity, of fighting for one’s beliefs and one’s music, was usually the underlying message. He was not always an easy man and he could switch from warm encouragement to cutting dismissal in a heartbeat, but one can see why he attracted such dedicated disciples. His complex charisma was coupled with the profound genius of his art.

The last few months have dealt heavy losses to Taylor’s earliest collaborators and other heroes of this music. Sunny Murray, one of the drummers most responsible for freeing the instrument from the strictures of fixed rhythmic repetition, passed away in December. The trombonist Roswell Rudd, who brought the joyful vocalizations of early jazz to the 60s avant-garde, died later that month. In March, we lost the virtuosic bassist Buell Neidlinger.

All these artists made indelible contributions to Taylor’s music, as well as continuing on to productive careers in their own right. A generation of musicians faced the tumult of the 1960s by crafting fierce, challenging, fascinating, beautiful, undefinable sound, music at once personal and universal—no one more so than Cecil Taylor.

He did his work, and his legacy is clear. Now that he is gone, as we face a historical moment of equal import, I hope those of us who are still here can rise to his challenge.