Telling Dartmouth’s Stories, Some Still to Be Discovered

A historical accountability pilot initiative will add to the College’s historical record. 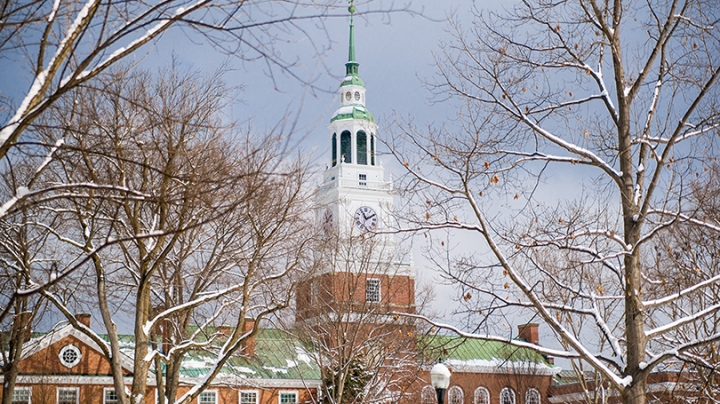 Dartmouth is inviting students to delve into the College’s archives and find stories that have been overlooked in the institution’s historical record in a new, one-year historical accountability pilot initiative.

The pilot will involve student fellows and interns and will create digital means for sharing the research developed in the program.

“This is an opportunity to mine the resources that we have and use undiscovered primary sources to tell the untold stories of Dartmouth’s past,” says Dean of Libraries Susanne Mehrer.

Such archival discoveries could, for example, tell the story of enslaved people who lived at the College at the time of its founding.

“We know their names, but we don’t really know their stories,” says Jay Satterfield, head of the library’s special collections. “We would love to build rich, historical context around these gaps in our archives.”

The program begins as universities across the nation have confronted ties to slavery and sought to reckon with the past. The Dartmouth program is part of the College’s Inclusive Excellence initiative, launched two years ago to increase faculty and staff diversity, build a more inclusive community, and learn from Dartmouth’s past.

“Our approach is different from our peers in that we are engaging current and future students to participate in telling Dartmouth’s stories through a dynamic, organic, and ongoing process, rather than commissioning historians to write a history,” says Interim Provost David Kotz.

Research could include topics such as the first women at Dartmouth, treatment of gay, lesbian, and transgender students, and treatment of students from various racial, religious, socio-economic, and ethnic groups.

The program will award fellowships to three students to pursue topics of their choice during an off-term. The fellows, to be selected by the library, are slated to begin in the coming summer term. The project, which offers students a stipend, will ask them to work with materials in the library’s collection and produce research that will become part of the library collection.

The project will also offer two or three more students the chance to work as interns and do archival research for faculty interested in exploring specific topics. The interns would mine the archives to find out what exists in the College’s collection that faculty members could use in their teaching and research. Such material would also make the telling of these stories an integral part of the Dartmouth curriculum.

The final part of the project will make the fellows’ research freely available, through the library’s website.

The efforts of this one-year pilot will inform the development of an expanded, longer-term project to begin in 2019.