The composer created an album of world music for her senior fellowship last year.

Tyné Angela Freeman ’17, MALS ’19, was one of five musicians nominated for an Independent Music Award in the “best concept album” category for Bridges, the album she created for her senior fellowship at Dartmouth. The projects conducted by the senior fellows are funded by the Kaminsky Family Fund. Gerry Kaminsky ’61, who established the fund, was himself a senior fellow at Dartmouth.

The award, according to its website, honors “the most exceptional music, video, concert photography, and designs by established and emerging talent.” Nominees were recognized at a gala ceremony at Lincoln Center on Saturday. While she didn’t win, Freeman says she was honored to be a finalist.

“It amazes me that my undergraduate thesis is beginning to open doors and help me progress in my career,” she says. “It was an inspiring weekend of beautiful performances and new friendships. 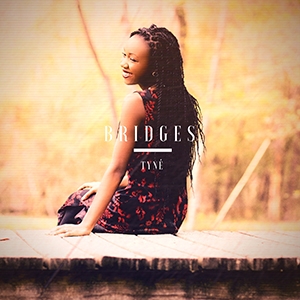 Bridges, an album created by Tyné Freeman at Dartmouth, features her music along with work by African musicians. (Photo by Cleavon Flojo)

Bridges features Tyné (the name she uses professionally) and five other young musicians from Burkina Faso, Kenya, Zimbabwe, Ghana, and Cape Verde, performing original compositions. She describes it as “an intercultural music creation, with an emphasis on Afro-diasporic collaborations.”

The album grew from a plan Freeman made when she entered Dartmouth: to go on a series of foreign study programs and, on each one, learn about indigenous music. The idea garnered early and enthusiastic support from her faculty adviser, Theodore Levin, the Arthur R. Virgin Professor of Music.

“Tyné has an exceptional musical intelligence that’s evident in her finely crafted and soulful songwriting,” says Levin. “She also has a great talent for ethnographic writing. In her senior fellowship project, ‘Bridges: Retracing Afro-Diasporic Music Pathways through Collaborative Songwriting,’ she simultaneously illuminated and contributed to the cosmopolitan music-making of a rising generation of talented young Afro-diasporic artists whose sense of a shared cultural heritage shapes their musical craft and sensibility.”

The album took shape in Kenya, where Freeman met a musician who performed reggae songs with Swahili lyrics. “I became fascinated by the interweaving,” she says. “He sent me half a song he was writing in Swahili and asked me to write the other half in English.” As the singer-songwriter traveled, the project grew into an intercultural collaboration with artists from other countries who used Skype and WhatsApp to exchange documents and recordings.

She recorded some of her vocal tracks in the Lebanon, N.H., studio of Sang Wook Nam, a lecturer in the music department and the technical director of Bregman Media Labs. Nam says it’s not unprecedented to use modern technology and social media to create world music recordings, but says Freeman’s approach is “unique, because she expresses her identity and ethnicity in her own way, in her own compositions.”

That multicultural music-making began at an early age. “My family lives in South Carolina now, but I was born in Upstate New York—my mother emigrated from Jamaica when she was 11, and she met my father in a gospel choir,” Freeman says. “My dad plays a lot of gospel and jazz on the piano, and that rubbed off on me early on.”

She can remember, as a child, singing at family parties where relatives took notice. “My mom says when I was just a baby, and I cried, my voice was low and kind of unique, and the doctor told her I might grow up to be a singer.”

The doctor was right. While in high school, she went to two summer “Grammy” camps run by the Recording Academy that gives out Grammy Awards each year. She recorded two solo albums while in high school. In 2015, she performed at the Kennedy Center for the Arts in Washington, D.C., as a winner in the YoungArts program.

In her first year at Dartmouth, Freeman says she was happy to land a spot as a soloist for the Dartmouth jazz ensemble Barbary Coast. You can hear those jazz influences on Bridges. 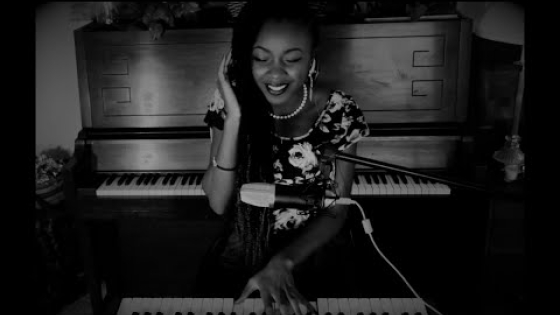 One of the most haunting pieces, Beloved, is based on a Japanese philosophy called kintsugi.

“They use gold to mend broken pottery, and they believe when something is broken, you can mend it and you see the cracks. That displays resilience, so I was transferring that concept to the human soul and the resilience we have and the trials that we face and overcome,” says Freeman.

Pursuing a graduate degree in ethnomusicology through Dartmouth’s Master of Arts in Liberal Studies (MALS), Freeman plans on a career in music enriched by the liberal arts.

“Before Dartmouth I had never traveled out of the country. After I got here I traveled to six countries and studied four languages,” she says. “When I came in I was hesitant and unsure about finding my place, but I learned that different aspects of your life strengthen each other as you do interdisciplinary work. I had exceptionally supportive teachers and advisers, and that has made all the difference in the world.” 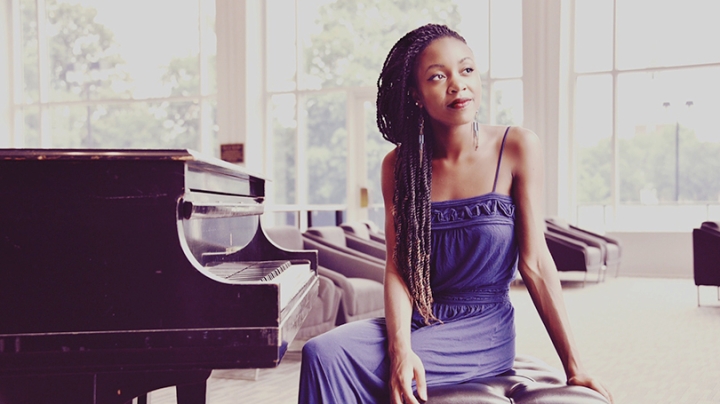 Tyné Freeman ’17 MALS ’19, shown here at Top of the Hop, was nominated for an Independent Music Award. (Photo by Katelyn Jones ’17)
Written by
Charlotte Albright
Share this
FacebookTwitterEmail
Photos