University Press of New England to Shut Down in December 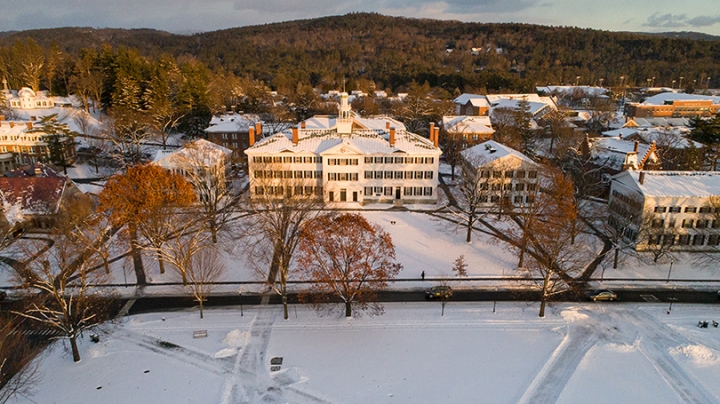 The University Press of New England (UPNE) will shut down by the end of the calendar year, ending the publishing consortium that has for the last two years been run by Dartmouth College and Brandeis University.

UPNE was founded in 1970 as a consortium of institutions, including, over time, six to as many as 10 colleges and universities. In recent years, Dartmouth has employed all of the UPNE staff and the consortium was headquartered in Lebanon, N.H.

The press has become unsustainable to operate with only two member-institutions, says President Phil Hanlon ’77. The UPNE Board of Governors voted yesterday to dissolve the consortium and close the press.

“This decision was not made quickly or easily,” says President Hanlon. “Dartmouth will continue to support the scholarly publication of the work of its faculty.”

“We are extremely grateful for the guidance our authors have received over the years from UPNE’s dedicated staff, including superb editorial support and personal service with high quality and attention to detail,” he says.

Dartmouth’s Office of Human Resources has met with UPNE staff and will work to assist them in identifying other employment opportunities, says Scot Bemis, the College’s chief human resources officer.

A Dartmouth faculty study group, to be led by Graziella Parati, the Paul D. Paganucci Professor of Italian Language and Literature, will be appointed to formulate and evaluate proposals for the future of the Dartmouth press. The planning group will present recommendations to the president and provost in November.

“The closing of UPNE presents us with the opportunity to envision a 21st-century press that will support Dartmouth faculty and the institution as a whole,” says Interim Provost David Kotz. “Changing trends in scholarly and digital publishing require us to move carefully and consider how Dartmouth can best position itself in this crowded and dynamic environment.”

The study group will be charged with evaluating issues related to the future of a Dartmouth publishing enterprise, including the level of engagement among faculty; considering whether there are specific subject areas on which Dartmouth College Press should focus; and drawing up recommendations for more in-depth study. Such study could include investigation of e-book publishing or on-demand printing.

“Brandeis will maintain current books in press or under review and continue to support its growing portfolio of books covering diverse subjects and perspectives,” says Brandeis Provost Lisa Lynch.