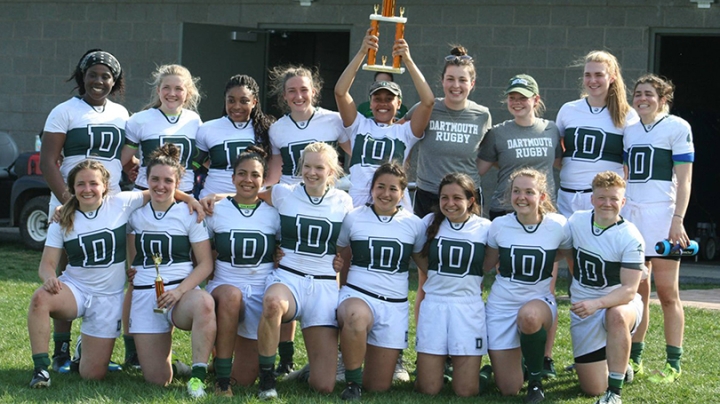 Women’s rugby had another successful weekend, winning all five of their matches to finish first at the Ivy 7s Championship. The Big Green defeated two-time defending champion Harvard in the final to claim the title.

Frankie Sands ’18 was named Co-MVP along with Princeton’s Jessica Lu following a vote by the head coaches. Sands ended the weekend with six tries for 30 points, while Lilly Durbin ’21 had seven tries and three conversions for a total of 41 points. Casey Smerczynski ’20 had at least one try in four of the games, finishing with five after a two-try performance against Brown in the semifinal.

“This tournament was an all-around team effort for us, with 15 players taking the field over the course of five games,” head coach Katie Dowty says. “The collective effort allowed us to push the pace in the later rounds, putting up 69 unanswered points in the semifinal and final, with good ball movement and interplay on attack. Our connection and control on the defensive side of the ball had been our focus headed into this weekend, so we were very happy so see that improve over the course of the day.”