Expanded scholarship funding is a component of the fundraising campaign, The Call to Lead. 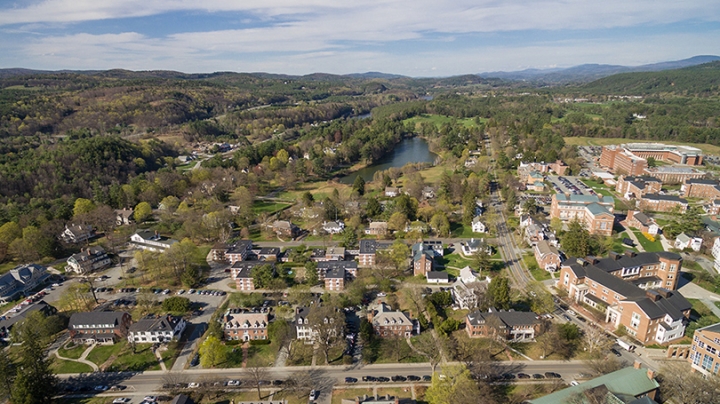 President Phil Hanlon ’77 announced on Monday that donors have made gifts and commitments of $20 million—in just three days—toward an $80 million initiative to eliminate loans from Dartmouth financial aid packages, a major expansion of the College’s aid program that will particularly benefit undergraduates from middle-income families.

As part of its $3 billion fundraising campaign, The Call to Lead, Dartmouth aims to raise a total of $500 million for financial aid. In addition to increasing the size of scholarship awards in aid packages as a means to eliminate loans once the money is raised, Dartmouth is committing to:

“For half a century, one of Dartmouth’s great strengths has been our combination of need-blind admissions and our commitment to meet 100 percent of admitted students’ demonstrated financial aid need,” said President Hanlon. “With the ambitious goals that we’re announcing today, every deserving student will have the opportunity to enjoy—and excel in—the full Dartmouth experience. Our residential life will be more vibrant than ever, as we will attract an incredibly diverse mix of students from all socioeconomic, geographic, and cultural backgrounds.”

Approximately half of all Dartmouth undergraduates receive some form of financial aid. Based on generations of strong support from alumni, parents, and friends, Dartmouth already exempts students with family incomes of less than $100,000 from having to borrow. But many other students still must take out loans to meet the cost of a Dartmouth education. For example, members of the Class of 2017 who took out student loans averaged a total of $23,395 of debt during their four years.

“This commitment to financial aid in the campaign says we want the finest students to have the best experience at Dartmouth,” said Ellie Loughlin ’89, a trustee, campaign co-chair, and an area enrollment director who assigns interviews for approximately 1,200 Boston-area applicants each year. “We volunteers often hear from students who say, ‘I would love to attend Dartmouth but I can’t afford it.’ Even if they’re receiving a generous financial aid package, having to borrow up to $5,000 per year keeps some extraordinary students away.”

Lee Coffin, vice provost for enrollment and dean of admissions and financial aid, said the campaign will benefit all students who need financial aid support and will make an especially significant difference for students from middle-income families.

“Dartmouth has historically kept its loan limits on the lower side of what is the norm nationally, and that’s a point of pride,” Coffin said. “This is taking it one step further. Dartmouth will be able to recruit and enroll more students from middle-class backgrounds without requiring families to take out loans.”

This initiative, Loughlin added, will benefit students throughout their lives.

“Leaving Dartmouth without a burden of debt will give our students the freedom to choose the career that reflects their passions and is less constrained by financial practicalities,” she said.

Need-blind admissions for domestic students is essential to the College and guarantees that Dartmouth can compete with its peers to recruit outstanding students, Coffin said. “To guarantee that future generations of Dartmouth students benefit from that policy, the College must continually reinvest in the resource that secures it for the future.”

Extending need-blind admissions to international citizens will make Dartmouth one of only six U.S. institutions of higher education that admits foreign applicants without considering their ability to pay.

“This signals the College’s commitment to global access,” Coffin said. “We want an undergraduate student body that reflects the global nature of our curriculum and our reputation.”

Dartmouth will implement these financial aid policy changes in the coming years as the endowed funding is secured through the campaign.

On Friday, Dartmouth publicly launched The Call to Lead, the most ambitious fundraising campaign in its history. The campaign will advance Dartmouth’s distinctive liberal arts experience, promote research discoveries, and focus on preparing students for lives of wise leadership. With gifts and commitments from 78,000 donors during the past four years, the College is already more than halfway toward the $3 billion campaign target.