At the 2018 commencement ceremony, David M. Rubenstein received an honorary degree from Dartmouth. 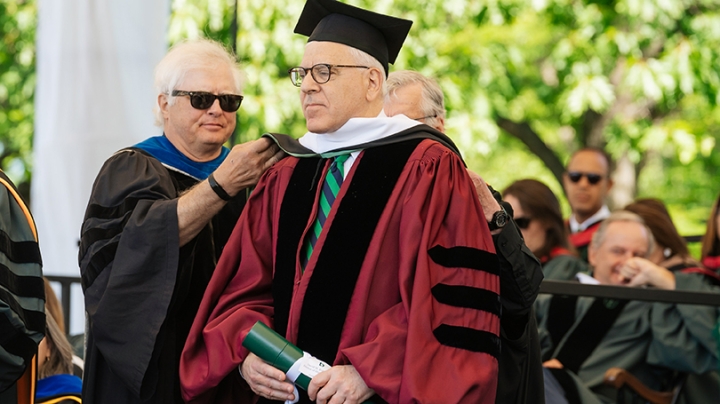 DAVID M. RUBENSTEIN, as a successful financier and patriotic philanthropist, you’ve distinguished yourself as one of the most generous Americans of our time.

The first in your family to attend college, you lived the American dream, graduating with distinction from Duke University in 1970 before earning your law degree. After starting your career as an attorney, you parlayed your legal experience into a role in public policy in the Carter administration.

In 1987, you took a calculated risk and co-founded The Carlyle Group. Under your leadership, it became one of the largest and most successful private equity firms worldwide.  You attributed your success to luck, but it was your financial acumen, hard work, and signature self-deprecating style that earned you a place among the world’s most respected business leaders.

Recognizing that the greatest wealth comes from a generous heart, you were among the first to sign onto The Giving Pledge, publicly committing to donate the majority of your wealth to charitable causes. You helped preserve some of our nation’s most precious monuments and helped protect one of the world’s most endangered species. You matched that with a lifetime of service and transformational leadership of a multitude of non-profit boards, while illuminating the characteristics of influential global leaders for others through peer-to-peer interviews on “The David Rubenstein Show.”

For your self-made business success, for your commitment to honoring the freedoms and opportunities afforded by our nation, and for your demonstrable love of humanity through your gifts of time, talent and treasure, Dartmouth is pleased to award you the Honorary Degree of Doctor of Humane Letters.

Date
6/10/2018
Body
PETER M. FAHEY, in sport, in work and in life, you exemplify what it means to be a true partner and team player. A devoted son of Dartmouth...
Image
Thumbnail 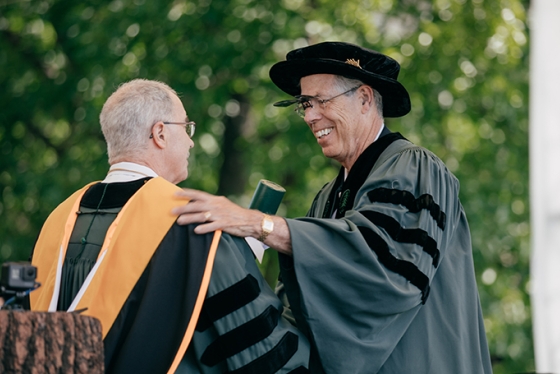 Date
6/10/2018
Body
FRANK J. GUARINI, through your distinguished career in public service in the U.S. and abroad, you stand as an exemplar of international...
Image
Thumbnail 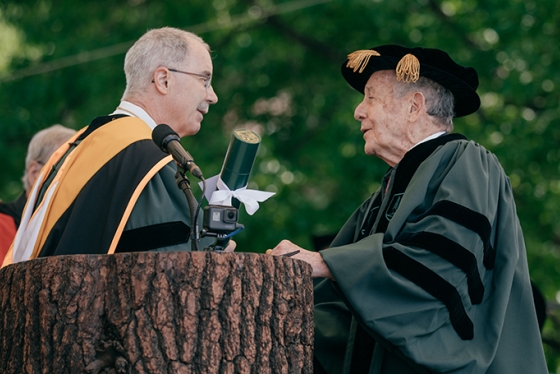