The former professor had been investigated following allegations of sexual misconduct. 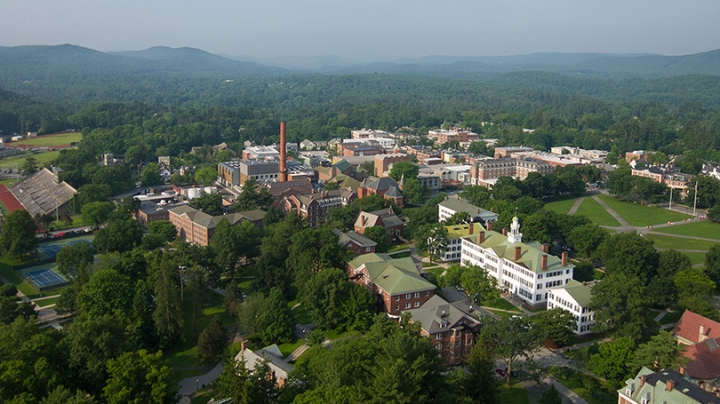 Paul Whalen, one of three professors in the Department of Psychological and Brain Sciences (PBS) who have been investigated for alleged sexual misconduct, has resigned after it was recommended that he lose tenure and be dismissed.

His resignation is effective immediately. President Phil Hanlon ’77 notified the Dartmouth community of Whalen’s resignation in an email sent today.

In addition, President Hanlon said that faculty member William Kelley, who has also been investigated for alleged sexual misconduct, remains on paid leave with restricted access to Dartmouth property pending the conclusion of College disciplinary proceedings in his case. Whalen’s resignation follows the June 14 retirement of the third PBS faculty member who’d been under investigation, Todd Heatherton. Given his age and length of employment, Heatherton was able to retire. That option was not available to Whalen.

Whalen’s decision came after Dean of the Faculty of Arts and Sciences Elizabeth Smith recommended that his tenure be revoked and that his employment be terminated. He will continue to be prohibited from entering Dartmouth property or attending any Dartmouth-sponsored events, no matter where they are held.

The College has not entered into separation or non-disclosure agreements with Whalen and has made no severance payment to him, Hanlon wrote.

“These are difficult issues, but as we move forward, I am confident that we are strengthening our community. Thank you for your patience and support as this process continues,” Hanlon said in the email.

In October, Hanlon announced that Dartmouth had hired an independent investigator to conduct separate internal investigations of the allegations against Whalen, Heatherton, and Kelley. At the time, Heatherton was on sabbatical leave and Whalen and Kelley were on paid leave. Also at the time, New Hampshire state and local law enforcement officials said they were launching an investigation into the allegations. The College continues to cooperate with law enforcement officials on their investigation.

The cases of the three men have followed Dartmouth institutional policy, as set forth in the Organization of the Faculty of Dartmouth College. Smith’s recommendation for each man was assessed and upheld by the faculty-elected Review Committee, which is part of the Faculty of Arts and Sciences. Her recommendation regarding Kelley is currently under review by a second faculty-elected committee, the Council on Academic Freedom and Responsibility, which draws its membership from faculty in arts and sciences and Dartmouth’s professional schools.

The disciplinary process, Hanlon wrote in a June 14 email notifying the community of Heatherton’s retirement, “is multi-layered, rigorous, and designed to safeguard the rights of the participants—all parties were given ample opportunity to present information to the investigator, who conducted numerous in-person interviews with the parties as well as with witnesses.”