Udall has recognized three students for their commitment to Native issues. 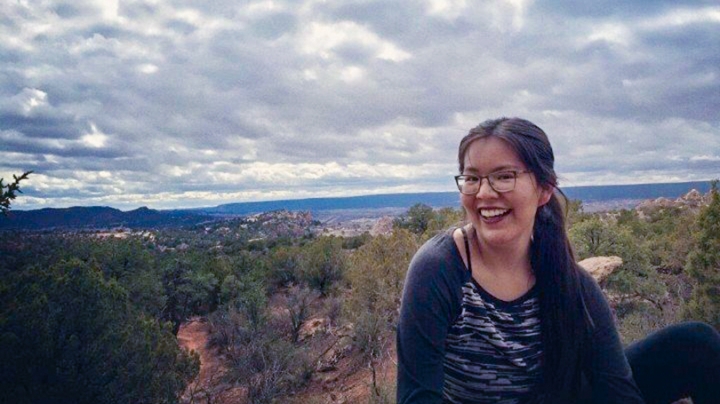 Cheron Laughing ’19 has been awarded a scholarship from the Morris K. Udall and Stewart L. Udall Foundation. She is one of 50 students from 42 colleges and universities nationwide to be named a Udall Scholar this year.

The Udall Foundation selects scholars based on their demonstrated commitment to careers in the environment, Native health care or Tribal policy, as well as their leadership potential, record of public service, and academic achievement. Laughing will receive up to $7,000 for her senior year of college, and will be invited to attend a conference of Udall Scholars and alumni this summer in Tucson, Ariz.

Laughing, who describes herself as “a proud citizen of the Navajo Nation who grew up on the reservation in northern Arizona,” is majoring in geography with a minor in Arabic and plans to apply to law school after Dartmouth.

She was drawn to the Udall scholarship because, she says, “This was an exceptional opportunity to expand my engagement with Native issues.”

As a research assistant in the geography department, she’s worked with faculty to research tribal involvement in removing dams that interfere with tribal fishing and cultural practices. “This research exists at the intersection between geography/environmental studies and tribal public policy issues, which makes it a meaningful and formative opportunity for my personal and academic development,” she says.

Internships at the Navajo Nation Washington Office, funded through the Nelson A. Rockefeller Center for Public Policy, and the Navajo Nation Supreme Court have helped her better understand how Native environmental and cultural issues are affected by law and policy. “Both internships have allowed me to directly engage issues, such as legal jurisdiction and natural resource rights, in the context of my tribal homelands. Further, these have been opportunities to interact and learn from tribal leaders.”

Last summer, she traveled to the University of Western Australia to attend the Matariki Indigenous Student Mobility Programme as a Dartmouth delegate. The program brought together indigenous students from Australia, New Zealand, Canada, and the United States. “It revealed shared experiences and aspirations for cultural healing and sovereignty,” Laughing says. “The program gifted me a network of support from international peers and mentors and re-affirmed my interest in protecting Indigenous right to culture and a healthy environment.” 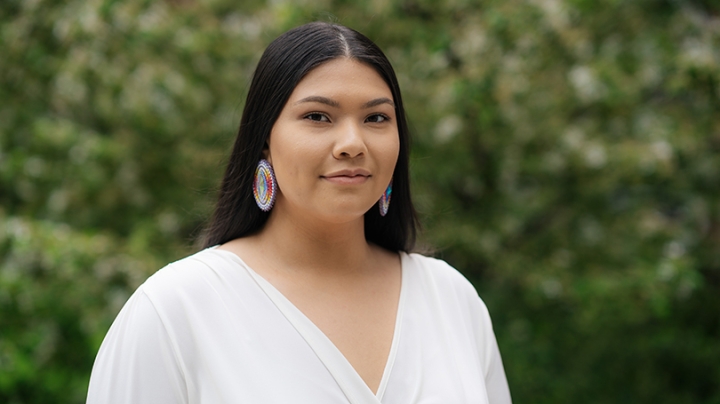 Amerra Webster-Yaqui ’19, a double major in government and Native American studies, will do an internship in the office of Sen. Jon Tester (D-Mont.). (Photo by Eli Burakian ’00)

Summer in the Senate

The Udall Foundation and Native Nations Institute have selected Grant Two Bulls ’19 and Amerra Webster-Yaqui ’19 as 2018 Native American Congressional Interns—two of 12 Native students chosen for this honor this year.

Two Bulls, a history major from Minneapolis, Minn., and a citizen of the Oglala Lakota tribe, will intern in the office of Sen. Heidi Heitkamp (D-N.D.).

“I’m very interested working in government, possibly for the Bureau of Indian Affairs or my own tribe one day,” he says. “I’ve always been interested in federal Indian law and law in general, so that’s what motivated me to apply for the Udall.”

“It’s important to have Native voices in Congress and in agencies, and I think it’s really cool that the Udall Foundation is helping to put them there,” Two Bulls says. “I’m really looking forward to meeting Udall alums who can help me navigate the path to being of service to my tribe or to Indian people in government.”

Webster-Yaqui, a double major in government and Native American studies and a member of the Confederated Salish and Kootenai Tribes of the Flathead Nation, will do her internship in the office of Sen. Jon Tester (D-Mont.). She hopes the internship will be a step toward a career working with federal Indian law.

“I’m looking forward to this internship and working with Sen. Tester, who is an awesome advocate for Indian rights, because I think it will give me a higher-level perspective on the relationship between tribes and the federal government,” she says. “There needs to be more Native representation in Congress and in Washington, D.C., in general.”

Her interest grows out seeing how federal Indian law has affected her tribe. “For the past several years my tribe has been involved in water rights litigation and different treaty rights, which has meant having to interact with nonnative communities and increasing racial tensions in Montana,” she says. “That made me interested in looking at tribes as sovereign entities, and at treaty history and the history of federal Indian law.”

Both Webster-Yaqui and Two Bulls credit Dartmouth with preparing them for the Udall internship.

“The history classes that I’ve taken have made a great introduction to federal Indian law and treaties, and I feel like having that background is going to be a major advantage this summer,” Two Bulls says. Classes in government have given him a strong theoretical grounding, as well. “I have all the theory built up, and I’m ready to learn firsthand now,” he says.