Professor Mary Flanagan develops games on many topics, from vaccinations to social situations. 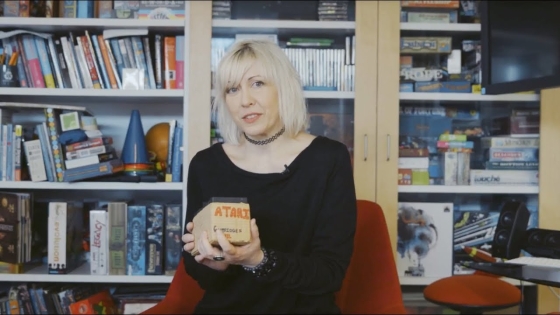 Mary Flanagan didn’t have a computer when she was growing up. Fortunately, the family she babysat for did. “So,” she says, “I would sit there and put disks in their computer in the middle of the night, and I didn’t have any instructions, so I would just keep typing commands.”

Those early adventures while babysitting started Flanagan on a path that has led to her current position as a designer of one-of-a-kind games that deal with topics most people probably wouldn’t associate with play, such as the spread of disease, awkward social situations, and the rise of health care costs. But Flanagan, the Sherman Fairchild Distinguished Professor in Digital Humanities and a professor of film and media studies, sees games as the perfect means of engaging people in difficult, complex social problems that otherwise might seem overwhelming.

“If you’re willing to go and jump into an idea that a game represents, you’re also willing then to deal with the social problem that it represents,” she says.

In this video, she talks about how she tries to keep the spirit of play alive in the games she creates—no matter how unlikely the topic.