Keep It in the Ground: Caitlin Pries Studies Soil Carbon

The assistant professor studies the CO2 released from soil in a cycle of climate change. 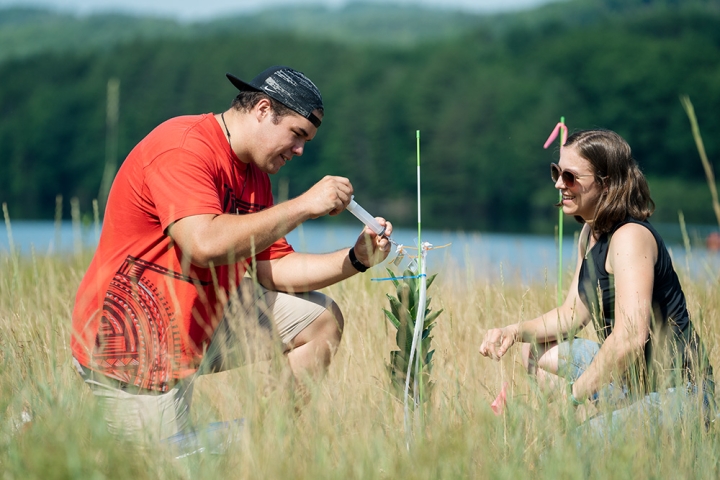 Global climate change may literally have its roots in the ground. Carbon, the main ingredient in the greenhouse gas carbon dioxide, is stored in the soil—and Caitlin Hicks Pries, an assistant professor of biological sciences, wants to keep it there.

“Soils hold three to four times as much carbon as the atmosphere,” says Pries. Soil carbon plays a crucial role in climate change because, when released to the atmosphere in the form of carbon dioxide, it becomes part of the canopy of greenhouse gases that traps heat near the planet’s surface.

Soil carbon is the product of decaying organic matter, an ongoing process. “As the climate warms, the microbes that decompose the soil increase their activity, producing even more carbon dioxide, which is then released into the atmosphere, where it further reinforces the climatic warming in a positive feedback loop,” Pries says.

She is investigating how the changing climate is influencing the amount of carbon stored and lost in soils. Ultimately, she hopes to find ways to retain carbon in soil, rather than in the atmosphere, where it can further affect climate change.

Pries, who joined the faculty in 2017, conducts much of her research through experiments in the field. Before coming to Dartmouth, she worked at sites in Alaska, California, and Greenland.

“I actually spent my first nine days as a Dartmouth employee working in Greenland,” she says. “I went there because it is an area that will be undergoing rapid climate change. I wanted to see what the soil carbon was like and how vulnerable it may be to climate change.”

Her focus has since shifted from the Arctic permafrost to the New England forests, particularly those in and around Hanover, in places like Balch Hill and Moose Mountain, where she has taken a series of local soil samples for laboratory analysis. In addition, Pries has been making regular trips to observe climate change experiments in the Harvard Forest in Massachusetts and Hubbard Brook Experimental Forest in New Hampshire’s White Mountains.

Pries is also teaming up with the U.S. Forest Service’s Adaptive Silviculture for Climate Change project, a network of study areas that is expected to cover five states. “As part of this, we are measuring soil decomposition at the Second College Grant,” she says. The Grant, owned and operated by Dartmouth, covers more than 40 square miles of forest land in Coos County, N.H.

“New England forests are undergoing massive changes in species composition as the range of infestations by the emerald ash borer and the hemlock woolly adelgid moves north,” says Pries.

Pries and Owen Krol, a research assistant in the Hicks Pries Lab, have been taking soil samples from beneath white pines, hemlocks, and deciduous trees in local forests. “We are trying to get a baseline of how they will change over time, and to understand the effect tree species might have on soil carbon susceptibility to climate change,” she says. 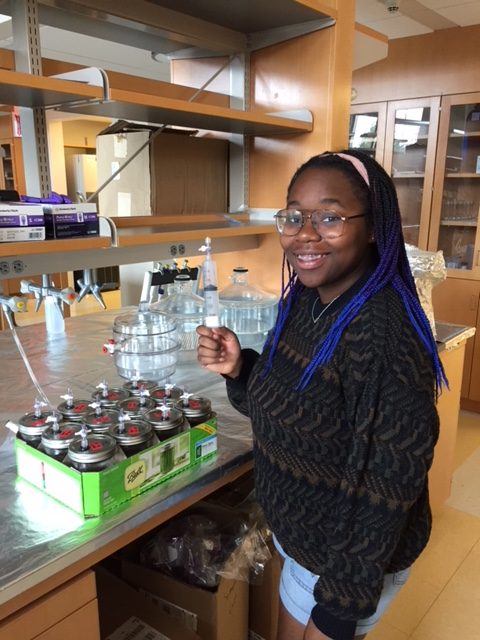 In Pries’ laboratory, undergraduates are incubating these soil samples to see how they respond to different temperatures, measuring the amount of carbon they release. Students working with Pries include Laura Jeliazkov ’18, Tanner Aiono ’20, and Beth Bruna ’21, a participant in the Women in Science Project.

In addition to the sample collection and analysis, Pries is performing field experiments at the Dartmouth Organic Farm. Working with Krol and the students, Pries deploys devices to measure the flow of carbon dioxide coming from the ground.

“A chamber is placed over the surface of the soil to collect the gas and test it in place with an infrared gas analyzer,” Pries says. “We are taking measurements every hour automatically, collecting the carbon dioxide being respired from the soil. We also implant straw-like tubes in the ground to measure the amount of carbon dioxide being produced at different depths.”

The Dartmouth Organic Farm presents an excellent experimental site, says Pries. “Located on a floodplain in prime farmland, the soil has been degraded over time, having lost much of its organic carbon. We are studying it now to collect pre-treatment data in order to establish a baseline.”

Next summer, they plan to start growing deep-rooted plants and adding compost to the soil. “We want to learn what can we do to increase organic carbon stored in these soils,” she says.