Pawan Sinha to give keynote lecture at Center for Cognitive Neuroscience conference. 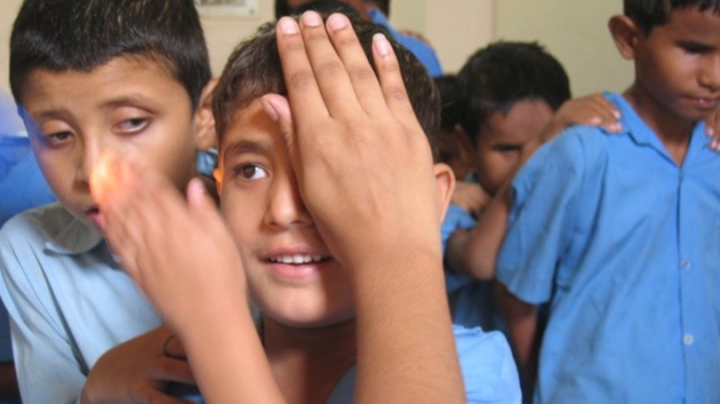 Children and their families participate in a pediatric ophthalmic screening session conducted by the Prakash Foundation at a school for the blind in New Delhi. (Photo courtesy of Project Prakash)
8/21/2018
Body

MIT neuroscientist Pawan Sinha will speak at Dartmouth next week about his work in India with the Prakash Foundation, which combines scientific inquiry and social service.

Project Prakash identifies children and young adults who are blind from birth because of treatable causes, usually congenital cataracts, and provides treatment that restores their sight. Sinha’s scientific work examines how these children and young adults learn to see once their sight is restored—how they learn to recognize objects and faces and navigate the world. Sinha founded the Prakash Foundation, a nonprofit organization.

The public lecture, titled “Project Prakash: Merging Science and Service,” is sponsored by Dartmouth’s Center for Cognitive Neuroscience and runs from 5:30 to 6:30 p.m. on Tuesday, Aug. 28, in Loew Auditorium at the Black Family Visual Arts Center.

“Our mission is to treat blind children and, with their help, answer deep scientific questions,” writes Sinha, a professor of vision and computational neuroscience at MIT’s Department of Brain and Cognitive Sciences, on the Project Prakash website.

James Haxby, the director of Dartmouth’s Center for Cognitive Neuroscience, says Sinha’s work has set a set a model for how to integrate cutting-edge science and service.

“Sinha has identified a location in his native India where he plans to set up a center with three wings,” Haxby says. “It would have a clinic, it would have a school, and it would have a research wing. All three centers would work together to identify patients for clinical treatment, provide a school for these patients, and conduct research to address questions regarding brain plasticity and learning through a combination of behavioral and brain-imaging studies.” 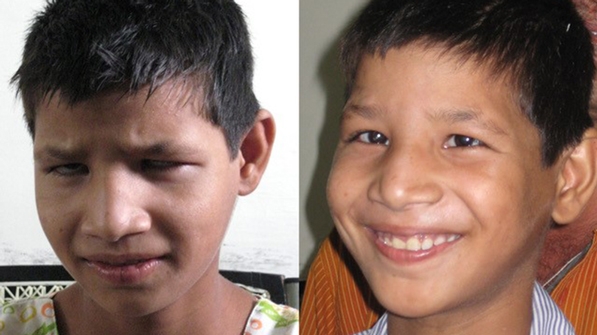 A before and after image of a 10-year-old boy who suffered from congenital cataracts. He was identified through Project Prakash’s rural outreach and provided surgeries in New Delhi under the project. (Photo courtesy of Project Prakas)

Sinha’s public lecture opens a two-day workshop, “Multidisciplinary Approaches to Understanding Face Perceptions,” that will run Aug. 29 and 30 on campus. This is the seventh workshop on computational cognitive neuroscience that the center has organized in the past eight years.

The workshop will include presentations by international leaders in the field, including two Dartmouth professors from the Department of Psychological and Brain Sciences. Associate Professor Maria Gobbini will present her work on the fundamental role that familiarity plays in optimizing the face perception system. Professor Brad Duchaine will present his work on “face blindness.” Other speakers will discuss how computers can now recognize faces, the development of face perception in children and monkeys, and the neural code for face recognition in monkeys.

The philosophy of the workshops organized by the center, Haxby says, is to encourage the exchange of scientific ideas in an informal and intimate setting, to facilitate establishing collaboration among scientists, and, above all, to facilitate the interaction of Dartmouth graduate students with scientific leaders from around the world.

Unlike the Pawan Sinha’s public lecture, the workshop is open only to participants and a limited number of Dartmouth students and faculty. All of the talks from this workshop and previous workshops are recorded on video and can be viewed on the Center for Cognitive Neuroscience website.

The public lecture and the scholarly workshops are sponsored by the Center for Cognitive Neuroscience and the Neukom Institute.