Nominations for the Martin Luther King Jr. Social Justice Awards are due Nov. 2. 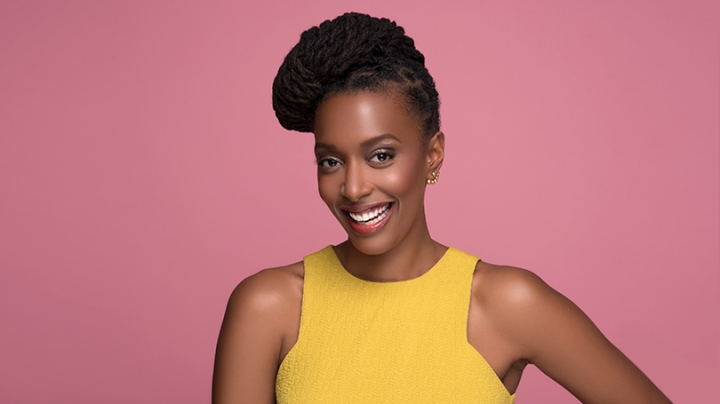 This year’s theme is “Standing at the Threshold.”

“We are standing at a critical point,” says Evelynn Ellis, vice president for Institutional Diversity and Equity. “We as a nation, we as a country, we as a people have to make some decisions—do we value the lives of human beings, and do we see all people as being equal? If the answer is yes, what will our actions be to demonstrate that belief?”

Ellis says Ramsey adds a vibrant voice to the national conversation about race and equality with humor, frankness, and compassion. “In times like these, you need someone with a sense of humor,” Ellis says.

In addition to hosting Decoded, Ramsey is a former writer and contributor to The Nightly Show with Larry Wilmore on Comedy Central. She is the creator of the popular YouTube channels Chescaleigh, a mix of song parodies, impersonations, and socially conscious and topical comedy sketches, and Chescalocs, which focuses on beauty and natural hair styling. She has also written for BET’s BLACK GIRLS ROCK! award show and currently has multiple television projects in development.

Her first book, Well, That Escalated Quickly: Memoirs and Mistakes of an Accidental Activist, was published this year. In a May 10 profile, The New York Times writes that Ramsey “mines her own errors and condenses what she’s learned into a sort of manual on social justice.”

Ramsey’s talk at the Dartmouth MLK Celebration event on Monday, Jan. 21, will take place at 7 p.m. in Spaulding Auditorium at the Hopkins Center for the Arts. She will meet with students and community members and sign copies of her book at a reception at the Top of the Hop following the event.

The call for nominees for the 2019 Social Justice Awards, given every year to recognize alumni, faculty, staff, and others connected to the College for significant contributions to social justice, is an opportunity to highlight people in the Dartmouth community who have been working long and hard, and often behind the scenes, for a better world, Ellis says.

“If we spent more time telling people about the incredible things others are doing, I believe more of us would be motivated to stick to it, keep doing it, and to see that in the end you are going to get the results. It’s an opportunity to stop and say thank you, and to be inspired.”

Four Martin Luther King Jr. Social Justice Awards recognize emerging leadership, ongoing commitment, lifetime achievement, and a student organization, respectively. In addition, the Lester B. Granger ’18 Award is given to an alumnus or alumna for lifetime achievement, and the Holly Fell Sateia Award recognizes faculty and staff who have been leaders in advancing diversity and community.

To nominate a candidate, community members should submit the nomination form by Nov. 2. The awards will be presented at 5:30 p.m. on Thursday, Jan. 31, in Filene Auditorium. They are sponsored by the Martin Luther King Jr. celebration committee, the Office of Institutional Diversity & Equity, the William Jewett Tucker Center, the Center for Social Impact, and the Geisel School of Medicine.

Other events during this year’s celebration include the William Jewett Tucker Center multifaith celebration; the 27th annual candlelight vigil; public policy discussions at the Nelson A. Rockefeller Center for Public Policy; a film series with Hopkins Center Film; and a performance of The Barber Shop Chronicles at the Hopkins Center for the Arts.