The honors, given each year for multi-year terms, recognize outstanding research and teaching. 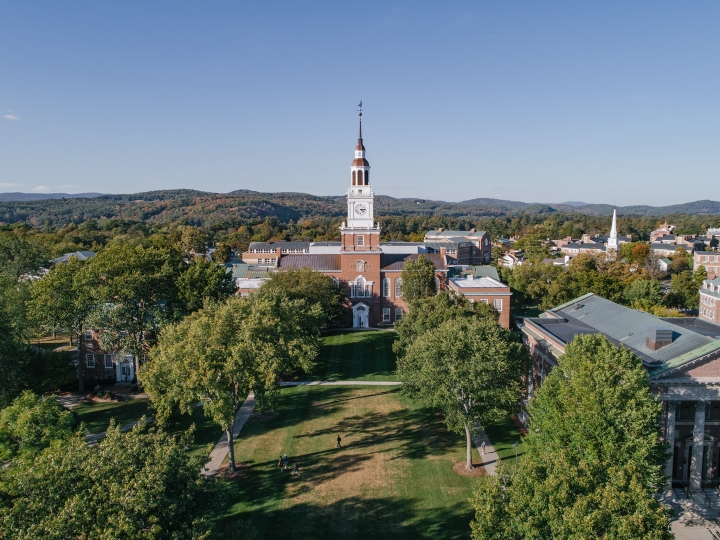 Eight members of the Faculty of Arts and Sciences have begun fall term with new appointments to endowed professorships. Three others have been reappointed to the chairs they already hold. The honors, given each year for multi-year terms, recognize outstanding research and teaching across a wide swath of the College curriculum:

The Eleanor and A. Kelvin Smith Distinguished Professorship in Physics 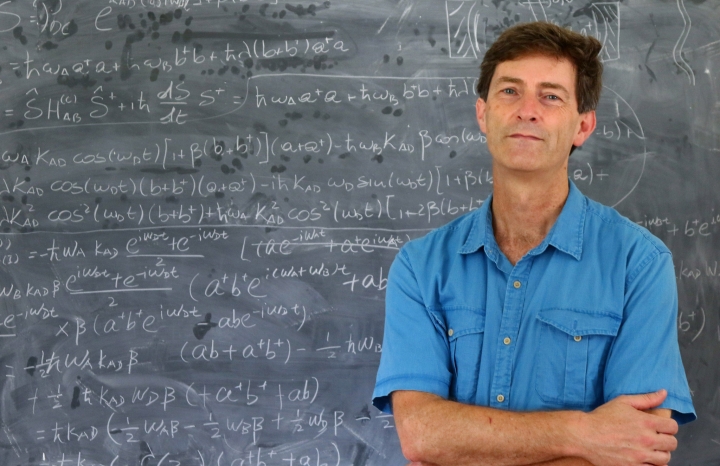 My main tools as a theoretical physicist are a pen and a notepad, with which I write down mathematical equations and draw diagrams to attempt to understand nature at a fundamental level. Working with both graduate and undergraduate students, as well as other physicist collaborators, I seek to address this question: Why does the microscopic quantum world of subatomic particles, atoms, and small molecules behave in such a radically different way from the macroscopic classical world of everyday experience? According to quantum physics, it is possible for a small molecule to travel bizarrely along two different paths at the same time. Recent experiments have in fact demonstrated this. On the other hand, when you throw a ball up in the air, for example, it follows only a single path.

In the coming year, I will finish writing a book that describes the various experiments and theories that explore this micro-quantum-macro classical divide. Looking further ahead, we will be working out the details of a theory that invokes gravity as the fundamental enforcer of macroscopic classicality. The calculations are long and difficult, and would not be possible without the inspiration and collaboration of outstanding, dedicated students. I have always found teaching to be inseparable from the research; discussing concepts in class or one-on-one during office hours often leads to new ideas for research projects. The learning goes both ways.

The Parents Distinguished Research Professorship in the Humanities
Image 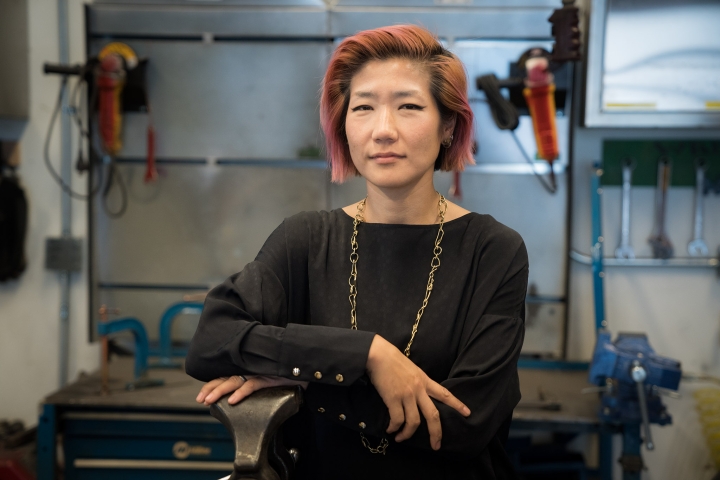 My work challenges the boundaries between sculpture, installation, and drawing. Individual pieces are hybrids, which fall between, rather than within, any of these categories. Sculptures are drawings, drawings are sculptures, and installations are sculptures and drawings all at once. I reconfigure boundary materials—fencing, plastic, glass, sheetrock—to expand and explore a variety of liminal spaces between inside and outside, sculpture and drawing, vision and perception, objects and their shadows. Light is usually treated as a liminal being: something that mediates our visual awareness of the world, but not something that we see in and of itself. In my work, light is not just a means by which the form is seen, but part of what constitutes the work of art.

As a sculptor teaching in various genres of visual art, my primary goal is to guide students with active, creative, and engaging assignments, to provide inspiring visual resources and reading materials, and, in a broader sense, to facilitate the skill development needed to articulate ideas visually in each chosen discipline. My next projects include installations in Como, Italy, at Grounds for Sculpture in Hamilton, N.J., and at San Jose Institute of Contemporary Art in San Jose, Calif. 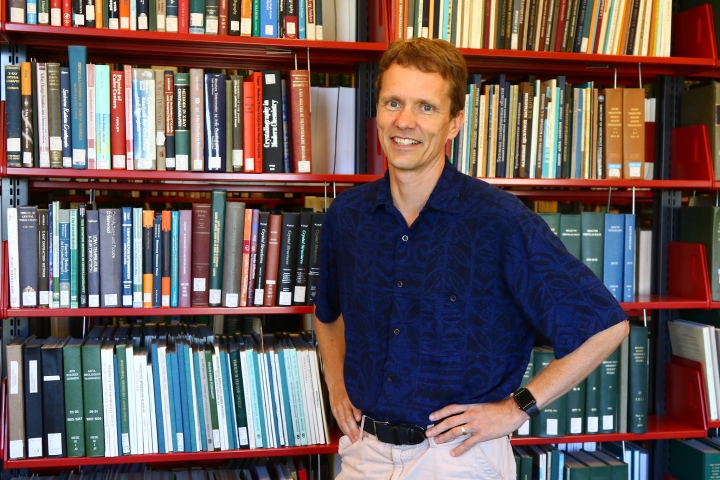 As the pace of climate change increases, it is imperative we understand its impacts. I am honored to be the recipient of the Evans Family Distinguished Professor and excited by the opportunity it will provide me and Dartmouth students to continue to learn how hydrologic systems are responding to climate change.

Climate change in New England is resulting in more frequent and more intense extreme precipitation events. One of the important lessons we learned from the extreme precipitation from Tropical Storm Irene in 2011 was that almost half of the storm’s damage was due to erosion rather than flood water inundation. While hydrologists have great experience in predicting where flooding will occur when it rains, we have far fewer reliable tools for predicting where erosion will occur. Advancing our understanding of how rivers move sediment during floods is a primary focus of my research. I am constantly incorporating new tools and technology we are developing to monitor river processes into my courses. Advances in technology will enable students to gain more direct insight into hydrologic processes, allowing them to make their own discoveries. 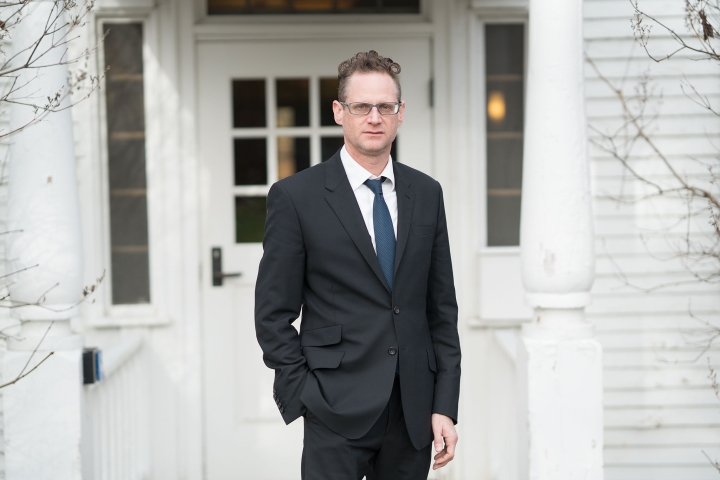 It is a great honor to be named the John D. Willard Professor of African and African American Studies and Oratory. This position, with its focus on oratory in relation to African and African American Studies, highlights the relationship between the Word and its performance. It also points to the idea that power is embedded in all types of expressive culture events—whether they are word-based, musical, theatrical, political, technologically mediated, or all of the above. The endowed chair will help me focus on my new project on the aesthetics of politics. In particular, I am interested in the global significance of 1970s West African intellectual and artistic movements.

I trace the socio-historical emergence of a national, urban public culture in Ghana by examining the changing aesthetics of leadership. I am concerned with the indeterminate and uncertain nature of national rituals and ceremonies and how marginalized people contest public space and political participation. While charismatic leaders in spectacular displays of power often appear as decisive historical actors and agents of transformation/revolution, they, in fact, provoke indeterminacy and often lead to tragedy and melancholia. This ethnographic-historical case study has broader implications for understanding the complex dynamics between authoritarian charismatic political leadership and liberal economic development across Africa and around the world.

The Jane and Raphael Bernstein Professorship in Asian Studies
Image 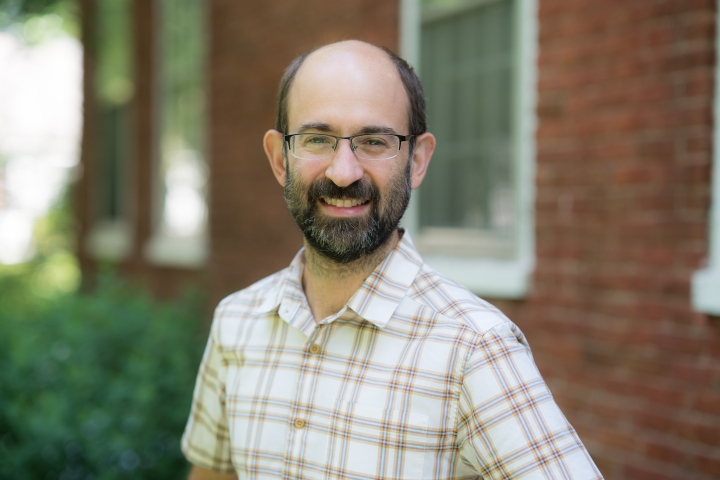 It is a tremendous honor to be named the Jane and Raphael Bernstein Professor in Asian Studies, especially knowing that pioneers like Professors Gene Garthwaite and Dennis Washburn held this chair before me. The Bernstein Chair will help support my research and teaching in critical ways just as we’re launching our new Middle Eastern Studies Program. My research in general examines the links between politics and popular culture in the contemporary Arab world. In my first book, Moroccan Noir: Police, Crime, and Politics in Popular Culture, I trace the interplay between the increasingly sensational media in Morocco and transformations in the nature of authoritarianism in the country during the past 25 years.

I am now writing a book that will re-evaluate popular culture during the 1950s and ’60s in Egypt and shed new light on our understanding of nationalism during this critical period of modern Middle Eastern history. I also enjoy translating contemporary Arabic novels as a way of broadening my work. I’m currently translating Ezzedine Choukri Fishere’s dystopian masterpiece, Exit. The Bernstein Chair will provide essential support for my projects as I bring them to the classroom and the public. 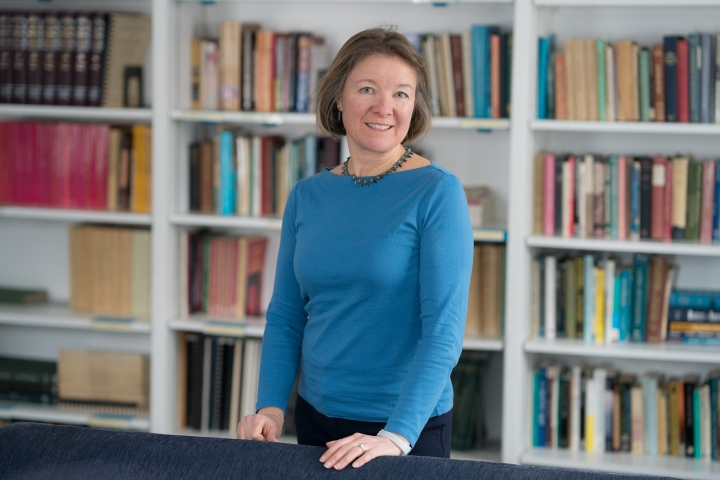 The basic problem that drives my recent work is this: What can we hope for philosophy to contribute to human life, and human knowledge? My view is that philosophy can provide a distinctive contribution—not as a rival to the sciences in trying to discover how the world is, but rather by helping us understand, evaluate, and change how we think and talk about the world. For example, how should we think about what persons are, what freedom or rights are, what counts as art, or as knowledge? These are issues that are crucial to how we think about ourselves and others, and to how we organize our lives together.

I feel very honored to be named the Stone Professor. I aim to make use of this appointment to help develop my recent work into a book that reconceives of philosophy along these lines: as a tool for evaluating and transforming how we think and speak about the world. This approach also works well in motivating students to care about their work in philosophy. They will need to go on in their lives with some view of what counts as freedom, who counts as a person, what counts as right and wrong, and so on. In the classroom, we work together to think through what’s at stake in making these different conceptual choices that shape our lives. 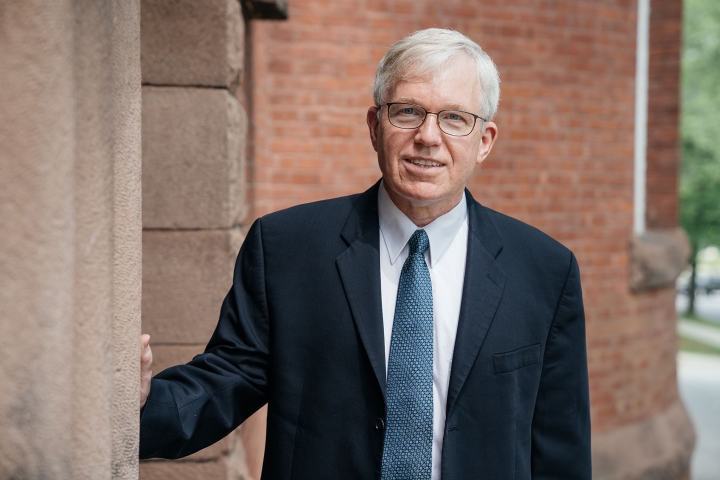 Representations of social values and cultural identity have determined the development of discursive practices in Japanese forms of modern and classical fiction—a subject I have researched and written about in The Dilemma of the Modern in Japanese Fiction and in Translating Mount Fuji: Modern Japanese Fiction and the Ethics of Identity. I have also edited scholarly volumes on a range of topics, including Japanese cinema, conversion cultures, and racial identities in East Asian empires. In addition to my scholarly work, I have translated numerous works of fiction, including Yokomitsu Riichi’s Shanghai, Mizukami Tsutomu’s The Temple of the Wild Geese, for which I received the US-Japan Friendship Commission Prize, and Tsushima Yuko’s Laughing Wolf. My unabridged translation of The Tale of Genji was published in 2015, and I am currently completing a critical edition of that translation for W. W Norton. I also serve as the Frank J. Guarini Associate Dean for Interdisciplinary Programs.

As Dartmouth launches its new Asian Studies, Cultures, and Languages Program, I am honored to be named the Burlington Northern Foundation Professor in Asian Studies in Honor of Richard M. Bressler ’52.

The Distinguished Professorship in Digital Humanities and Social Engagement
Image 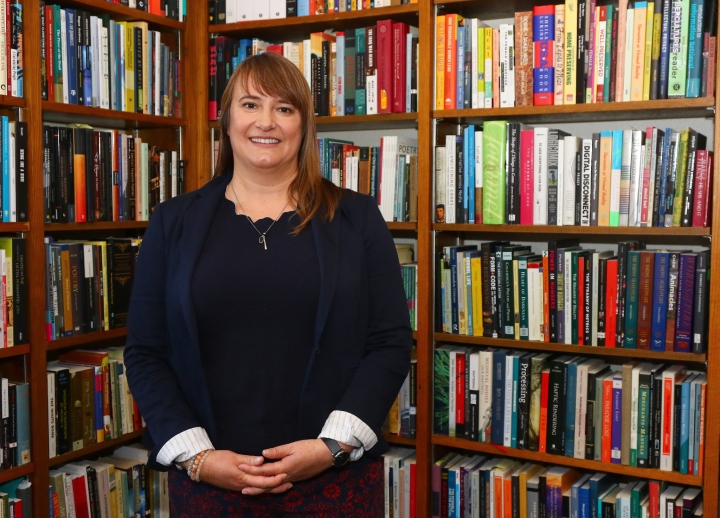 My research and teaching are broadly interdisciplinary and trans-historical (1600 to the present), and I focus on computational and digital media, exploring how we construct and consume both information and imaginative visions. This entails both traditional scholarly work (my book Numbered Lives: Life and Death in Quantum Media will be out with MIT Press this fall) and a creative new media practice.

I plan to spend my first semester here working with Dartmouth communities to envision the future work of the Digital Humanities and Social Engagement cluster (DHSE). Bartlett 201 will also house my Digital Justice Co-operative, which will be a vital space for those interested in greater justice in digital cultures. The future research and creative work of the Digital Justice Co-op and the larger DHSE cluster will have social engagement and social justice at the core, focusing on critical gaps within the human security policy and research. I am delighted by the opportunity to connect this important work to my home department in Women’s, Gender, and Sexuality Studies because it will signal the centrality of feminist, anti-racist, and queer paradigms for security and justice work within our connected cultures.

Continuing to hold endowed professorships are Mary Flanagan, the Sherman Fairchild Distinguished Professor in Digital Humanities, a leading innovator in digital games and game-inspired art; Susannah Heschel, the Eli M. Black Professor in Jewish Studies, whose scholarship focuses on Jewish-Christian relations in Germany during the 19th and 20th centuries; and William Wohlforth, the Daniel Webster Professor of Government, who researches and teaches international relations with an emphasis on international security and foreign policy.