In 1998 Dartmouth hosted a historic gathering of African American theater artists to assess the state of black theater in America.

Spearheaded by Pulitzer Prize-winning playwright August Wilson—then in residence as a Montgomery Fellow—the event was a direct response to Wilson’s impassioned call (delivered in a 1996 speech, “The Ground on Which I Stand,” at the annual meeting of the Theatre Communications Group at Princeton) to make American theater more inclusive of black voices. 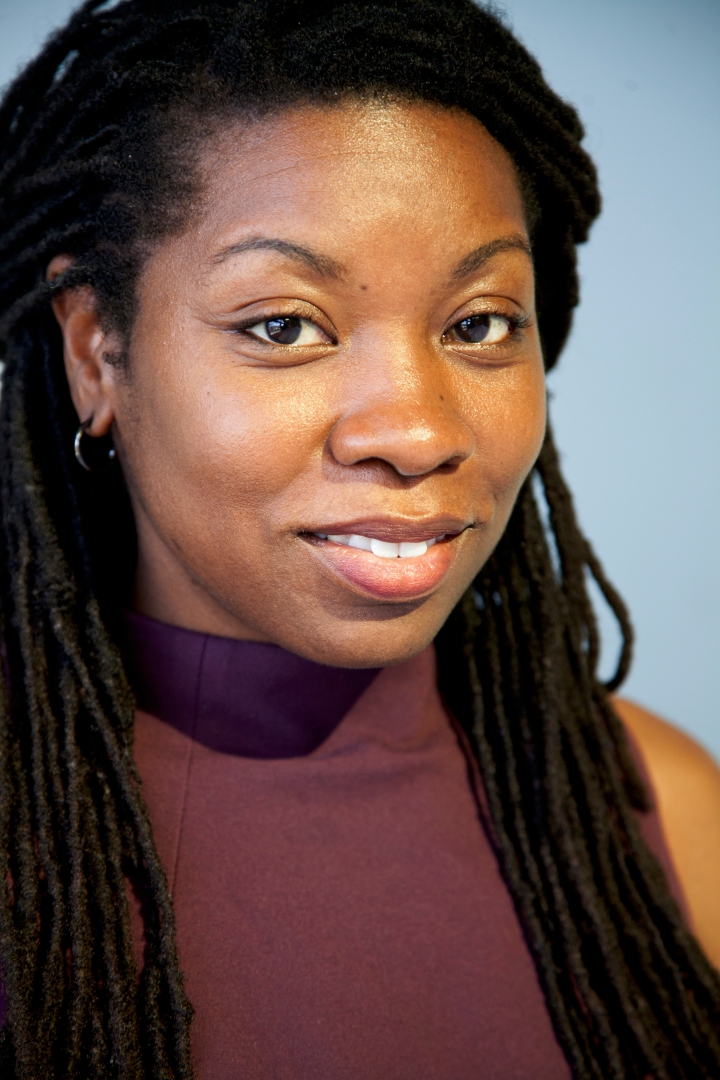 The 2018 International Black Theatre Summit, organized by Associate Professor Monica Ndounou, will bring two dozen leading African American theater professionals and scholars to campus Sept. 26-29. (Photo Courtesy of Monica Ndounou)
Now, 20 years later, Associate Professor of Theater Monica Ndounou—in collaboration with Nicole Hodges Persley, a professor at the University of Kansas, and Ekundayo Bandele, CEO and founder of Hattiloo Theatre—is convening a new summit to celebrate the legacy of the original and strategize for the future. The 2018 International Black Theatre Summit: Breaking New Ground Where We Stand runs Sept. 26-29 and will assemble more than two dozen leaders in theater, film, television, and media, as well as scholars of African American theater, from around the country and the world.

Theater Department Chair Laura Edmondson calls the 1998 summit “one of our claims to fame as a theater department.”

“It’s legendary in the field—indeed it was one of the reasons I was proud to join the department as a new faculty member,” Edmondson says. “Faculty, staff, and students alike are excited to build on the summit’s legacy through Monica’s visionary idea. We hope to learn from these inspiring artists and thinkers about how our creativity, scholarship, and pedagogy can contribute to and serve the act of ‘breaking new ground’ as well as honor African-American creative labor of the past.”

The 2018 summit is a moment to assess what has changed—and what hasn’t—in black theater in the past two decades, and to plan the way forward, Ndounou says.

“What I’m excited about in terms of black theater now is the range and the abundance of work by black playwrights and a lot of talented and dedicated people who are using their craft to tell powerful stories as writers, as directors, as performers, as musicians,” Ndounou says. But she notes that structural barriers, such as a lack of black-run regional professional theaters—and inconsistent and limited funding for those that do exist—continue to make opportunities for African American theater artists too scarce.

Ndounou, who joined the Dartmouth faculty in fall 2017, says the legacy of August Wilson’s speech and the original summit influenced her own creative and professional development. “It sounds dramatic to say, but it meant everything to me in terms of who I am professionally and what I’m doing right now,” she says.

In the mid-1990s, Ndounou was building her career as a stage actor and directing her first major production—Wilson’s Joe Turner’s Come and Gone.

“One of my professors, Dr. Pam Monteleone, gave me the play because I was getting disillusioned with the theater,” she says. “Being a black woman and acting, I felt like I wasn’t being exposed to the range of work and opportunities that would really empower me to flex my muscles as an artist. I was often being cast in very limited ways. Even as a young artist I could feel the restrictions within that. But Joe Turner’s Come and Gone provided me an opportunity to immerse myself in my craft in a way that reveals the beauty, richness, and complexity of black cultures.”

Though she did not attend Wilson’s Dartmouth summit in 1998, learning of it at the time helped galvanize her work as an artist and scholar, she says.

“Representation matters, and there’s work that has to happen behind the scenes to deal with the structural issues that limit artists in the first place. Over time I became more aware of how I could do both—as a scholar-artist, continuing to practice my craft as an actor, director, writer, and producer, but also studying to become a historian and a critic, and learning more about how the business works.”

Her first book, Shaping the Future of African American Film, focused on “the power structures that inform what art gets produced, who has access to the resources to produce it, who has access and opportunities to see it, and why all of that matters,” she says. “And so in a way everything I’ve done is connected to the original event and this reimagining of how we move forward.”

‘The Event of the Term’

Jovanay Carter ’19 has worked as a research assistant for Ndounou and is helping to coordinate the summit—what she calls “the biggest project-management experience ever.” She signed on to work with Ndounou after taking her course, “Black Theater, USA.” “It was like this gift from God descending on Dartmouth,” Carter says of the class.

When Ndounou told Carter and her classmates about the upcoming summit, Carter says, “we were all like, that’s incredible—you just got here and you’re doing this huge thing.”

Carter hopes the summit will help her network with professionals in the industry. “I’m hoping to make connections with people who have similar interests and similar stories as me, but maybe who are 20, 30, 40 years along in the process,” she says. “This is about to be the event of the term—the event of the school year, really.”

In addition to panels and workshops, the summit is sponsoring a number of film screenings and performances. Highlights include:

The summit is sponsored by the African and African American Studies Program, the Barbara and Brian Goldner ’85 Fund, The CRAFT Institute, Dartmouth Center for the Advancement of Learning, the Dean of the Faculty, the Department of Theater’s VOICES Program, the Hopkins Center for the Arts, the Jeanette and Robert Latta Fund, Leslie Center for the Humanities, and the Neukom Institute.

“There is a lot of support across campus to bring this event here, and a lot of excitement around it,” Ndounou says.

For the complete schedule and to learn more, visit the summit website.