Becca Heller ’05, a human rights lawyer, won the award for her work with refugees. 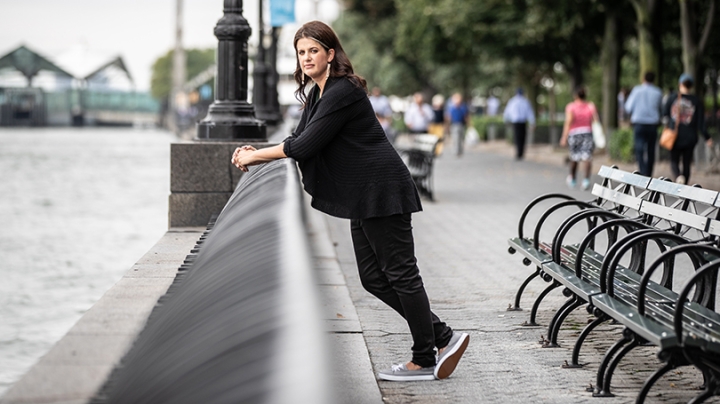 Read the full story, published by the Office of Alumni Relations

Human rights lawyer Becca Heller ’05 has been named a John D. and Catherine T. MacArthur Foundation fellow, one of 25 individuals from diverse fields recognized for showing extraordinary creativity and the promise of future advances. Commonly referred to as “genius” grants, the fellowship comes with a no-strings-attached $625,000 award given to recipients as an investment in their potential.

The awards were announced on Oct. 4.

Heller, 36, is the director and co-founder of the International Refugee Assistance Program, a legal advocacy organization for refugees and displaced people. In January 2017, she and her organization played a prominent role in responding to the executive order blocking travel to the United States from seven majority Muslim countries. Heller mobilized law students and lawyers to provide legal aid to those affected by the order.

“As a student, Becca was a force for the common good, wielding her unwavering passion for justice and her deep intelligence to address societal challenges in the Upper Valley and abroad,” says Tracy Dustin-Eichler, director of Dartmouth’s Center for Social Impact. “Her work today serves as a model of the impact Dartmouth alumni can make in the world.”

“What I like about working with refugees is that they are fighting so hard,” she told the Dartmouth Alumni Magazine in 2012. “In other public service work you can spend a lot of time trying to convince people they are worth fighting for. It’s really refreshing to advocate alongside people who are advocating for themselves.”

Written by
Office of Alumni Relations
Share this
FacebookTwitterEmail
Articles