Dartmouth gets first win over Harvard in 15 years, first at home in 25. 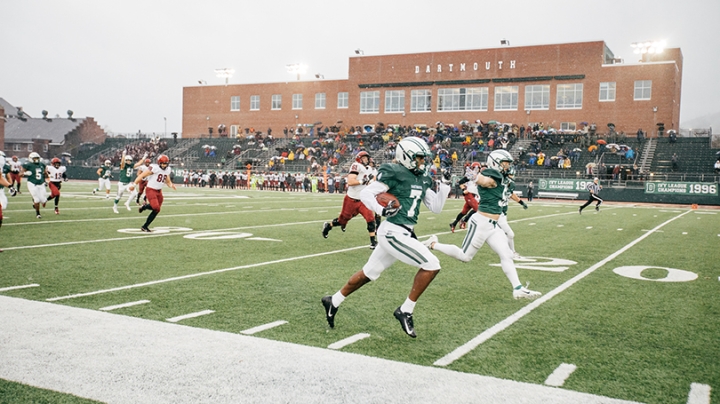 Dartmouth boasted a 21-0 lead by halftime thanks to its running game and opportunistic defense that recovered four of the five Harvard fumbles in the half. Cornerback DeWayne Terry Jr. ’21 scooped up the first of those lost balls and scampered 62 yards to the end zone late in the first quarter.

Of Dartmouth’s 369 total yards on the day, 320 came on the ground with Gerbino and Cooper accounting for an even 300 on a combined 35 carries. The Big Green’s two quarterbacks, Gerbino and Derek Kyler ’21, managed just 49 yards through the air on 4-of-11 throws, the team’s fewest passing yards in 23 years.