Current and Future Provosts to Speak at Town Hall 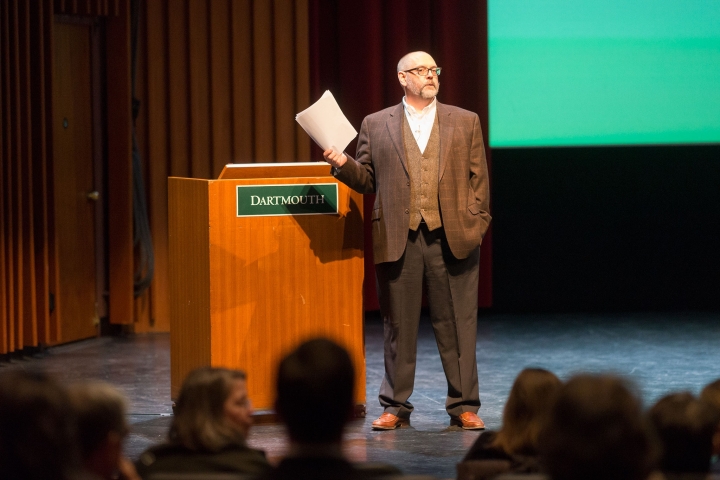 “I look forward to a wide-ranging discussion with the once and future provosts about their perspectives on Dartmouth now and going forward,” Mills says.

The forum will begin at noon in Spaulding Auditorium at the Hopkins Center for the Arts and is open to all. Following a presentation, Mills, Helble, and Kotz will take questions from the audience.

Helble, whose 13-year tenure as Thayer dean brought national prominence to the school and saw enrollment nearly double, was named provost in May after a national search. Kotz has served almost a year as interim provost, since being appointed in November 2017. Kotz, who is the Champion International Professor in the Department of Computer Science, will return to teaching and research.

Mills initiated the town hall series in October 2014 with the goal of fostering regular, open exchanges with members of the Dartmouth community.