Dartmouth economists Nina Pavcnik and Douglas Irwin appear in a video on the benefits of trade presented to more than 70 heads of state and 200 business leaders at the Bloomberg Global Business Forum in New York last week.

Pavcnik, the Niehaus Family Professor in International Studies and chair of the economics department, and Irwin, the John French Professor in Economics, were invited to be interviewed by Bloomberg forum producers for the three-minute video “How Trade Advances Global Prosperity,” along with renowned development economist Jayati Ghosh and Pulitzer Prize winning journalist Thomas Friedman.

“I was really honored that two out of the four people featured in this video were Dartmouth professors. It illustrates how strong the international economics group at Dartmouth really is,” Pavcnik says.

Irwin, whose work focuses on global trade policy and the historic effects of tariffs in the U.S. at the time of the Great Depression, says he has seen a spike in requests for comment on his work recently.

“There is a lot of interest in international trade, mainly due to the Trump administration’s policies. So that’s made our field much more relevant, and much more of interest to the broader public and the media,” he says.

The economics department at the College has had a prominent place in the national discussion among academics, policy makers, and the general public, Irwin says. “We’re fortunate here at Dartmouth that we have this collection of half-a-dozen really good international economists. It is very unusual for a relatively small school like Dartmouth to have a concentration in an area like this, which gets a lot of attention,” he says.

On Oct. 4, Pavcnik and Irwin will join four other economists speaking at a National Bureau of Economic Research conference in Washington, D.C. The National Press Club event for journalists and policy makers will focus on the effects of international trade on labor markets.

“One of the consequences of Trump being the president, and his focus on raising protectionist barriers, is there is a lot of interest in the type of work we do in the economics department. When I get an opportunity to reach a much broader audience than one usually does as an academic, I feel very fortunate,” Pavcnik says. 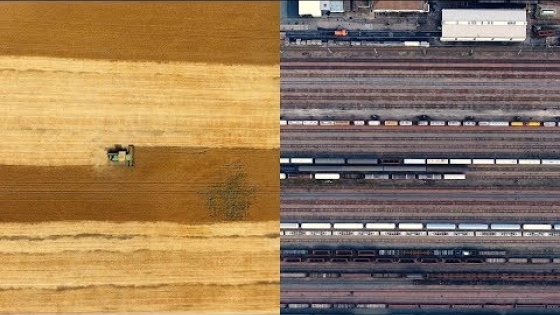