The program fosters both individual scholarship and cross-disciplinary collaboration. 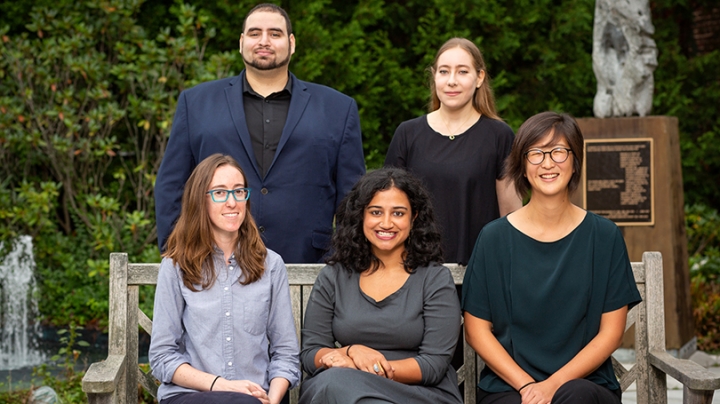 Five postdoctoral scholars have joined Dartmouth’s Society of Fellows, bringing to 18 the number of junior fellows mentored by senior fellows in a close-knit intellectual community that integrates research with classroom experience.

Directed by Randall Balmer, the John Phillips Professor in Religion, the society fosters both individual scholarship and cross-disciplinary collaboration.

“When we started the Society of Fellows in 2014 at President Hanlon’s behest, my fondest hope was that these postdoctoral fellows arriving on campus would enrich scholarly life here at Dartmouth,” says Balmer. “I believe that has happened. The junior fellows have integrated themselves into the community, providing energy and enthusiasm, while at the same time tapping into the vast intellectual resources Dartmouth has to offer.”

The program is highly competitive. “Bright, promising young scholars want to come to Dartmouth,” says Balmer, who puts the acceptance rate for the society at below 1 percent. 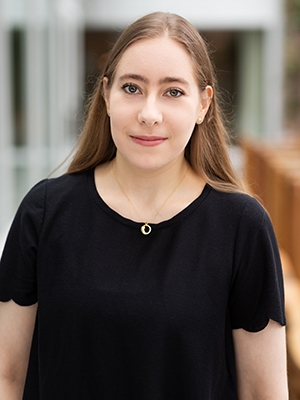 Victoria Aschheim studies music of the United States, particularly in the 20th and 21st centuries, and its relationship to memory, ethics, and civic life. Her book project, Citizen Composer: David Lang and the Aesthetics of Community, traces the musical language and artistic strategies by which the American composer David Lang reshaped principles of objectivity and transparency after the zenith of minimalism. The results of this transformation, she argues, are musical experiments in inclusion, participation, and community action in a digital age and in a political moment of polarization and alienation. Her next project asks why, beginning in the mid-1980s, minimalist and post-minimalist composers responded to “conditions of social emergency” by turning to the choral ensemble and to the genre of the oratorio.

With a PhD from Princeton, Aschheim says she is “happy to join Dartmouth’s department of music because of its cherished past and vital present in experimental music and thought. I hope to contribute to the cause of humane, forward-looking teaching and to dialogue among composers, performers, and scholars at all points on their artistic paths.” 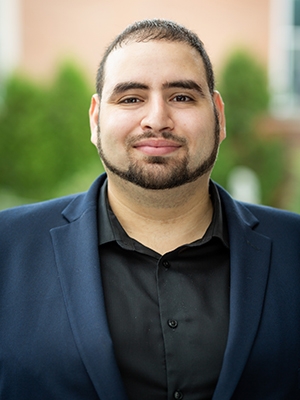 Mohamad Ballan, who holds a PhD from the University of Chicago, is a historian of the pre-modern Mediterranean world, specializing in the political, intellectual, and cultural history of medieval Iberia and North Africa. He’s working on a book tentatively titled Lord of the Sword and Pen, looking at the phenomenon of the “scholar-statesman”—jurists, physicians, historians, and litterateurs who ascended to the highest administrative and executive offices of state—in the late medieval world. Its focus: the career and writings of Lisān al-Dīn ibn al-Khaṭīb, a 14th-century historian, philosopher, and chancellor of the Nasrid Kingdom of Granada. Ballan’s study situates this figure within a dynamic intellectual and political network of scholars, functionaries and statesmen. 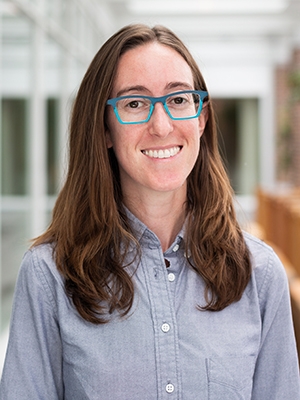 Rebecca Clark, who comes to Dartmouth from the University of California, Berkeley, researches and teaches 20th- and 21st-century American literature and visual studies. Her first book project, American Graphic, explores what it means, in terms of form, content, and affect, to recognize moments in written and visual texts as “graphic”:  at once viscerally grotesque and coolly clinical, in a post-1945 American context. Clark is planning a second project about uninvited guests in contemporary American literature and film. She’s interested in producing scholarship that is “not just about the relationship between image and text, but (was) created using both.” Her publications include an original comics adaptation and analysis of Thomas Hoccleve’s 15th-century poem “My Compleinte” in the journal postmedieval. 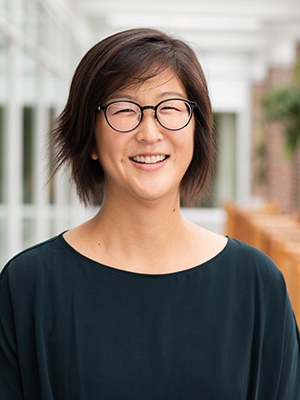 Yui Hashimoto received her PhD from the University of Wisconsin-Milwaukee. Her dissertation highlights how so-called “colorblind” redevelopment strategies actually exacerbate existing racial and class inequalities in Milwaukee. A feminist economic geographer, she focuses her research on how race, class, and gender intersect with the contested terrain of urban economic change, which she says both shapes and is shaped by multiracial solidarities, labor organizing, and “socially reproductive work”—labor that helps to perpetuate a social structure. Hashimoto is interested in how different scales of racial politics in American cities give contour to economic change and the building of movements.

“I came to the Society of Fellows for the opportunity to work and grow with a vibrant and rigorous scholarly community,” says Hashimoto. “I hope to build relationships with intellectual collaborators and friends that extend beyond our time together at Dartmouth.” 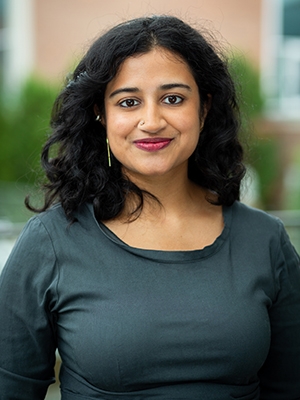 Lakshmi Padmanabhan writes about film and other media, specializing in South Asian and diasporic visual cultures. Her first book project, “The Untimely Image: Cinematic Form and Feminist Historiography,” addresses the recent turn to experimental documentary and video in South Asian art and activism, examining links between formal experiments with cinematic temporality and queer feminist politics. Padmanabhan is working on a book-length study of documentary cinema in the aftermath of September 11 within the South Asian diaspora. This study seeks to understand the aesthetics and politics of the archival turn in diasporic avant-garde film and contributes to contemporary debates on visualizing racialized violence and the role of documentary in representing political crisis.

Padmanabhan says she came to Dartmouth for the “support and the intellectual freedom” that the Society of Fellows provides. “Our seminars treat the pursuit of knowledge as a communal and transdisciplinary activity, and engaging with scholars across methodological divides has always been a part of my research,” she says. “The campus-wide resources, particularly the Leslie Center for the Humanities, and the community of junior faculty and post-doctoral researchers that Dartmouth has fostered for the last couple of years are noteworthy and encouraging.”

As the newest members of the society embark on research projects and teaching assignments at Dartmouth, other fellows are finishing their time on campus and taking the next steps in their academic careers. Michael Barany, for example, who became a fellow in 2016, recently left for Scotland to begin a lectureship in the history of science at the University of Edinburgh.

“This position is especially meaningful to me because the research and teaching unit I will be joining was, decades ago, the source of some of the scholarship that first drew me into the disciplines of history and sociology of science as an undergraduate, and that has played a central role in my work since then,” says Barany. “As I was waiting for the stars to align in the academic job market, Dartmouth’s Society of Fellows gave me an important space, as well as vital resources, for developing the global perspectives of my research in the history of mathematics, which I will carry into both research and teaching in my new position.”