Undergraduate Focuses Her Research on the Malay Macaque

Jessica Rosien ’21 has studied the behavior of beach-dwelling monkeys in Thailand. 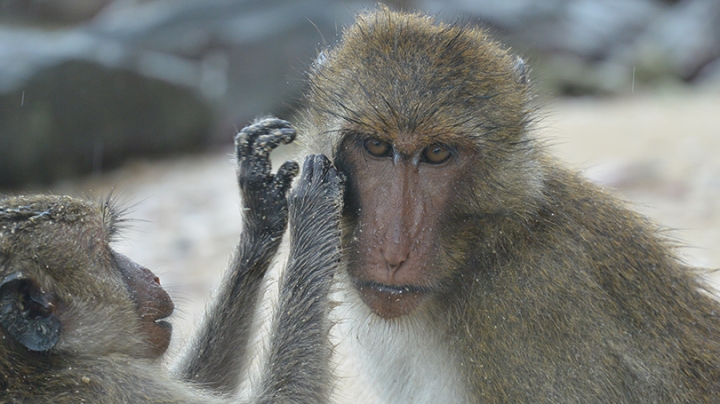 Jessica Rosien ’21 records an adult macaque being groomed by a juvenile after a rainstorm. “Who grooms whom can inform us about social rank within the group, something I wanted to investigate as part of my study—comparing behaviors to social rank,” she says. (Photos by Amanda Tan and Jessica Rosien)
10/30/2018
Body

Jessica Rosien ’21 spent five weeks studying macaques on the Malay Peninsula in the Khao Sam Roi Yot National Park that borders the Gulf of Thailand. As a WISP intern she had watched videos of the monkeys’ tool-using behavior, sparking her interest in pursuing an independent research project. Encouraged by Professor of Anthropology Nathaniel Dominy and supported by the Mark C. Hansen Undergraduate Research, Scholarship, and Creativity Fund (through the office of Undergraduate Advising and Research) and the Goodman Fund for anthropological research, this past summer she headed for Thailand. Accompanied by anthropology postdoc Amanda Tan, Rosien conducted experiments to chronicle the monkeys’ dietary, tool-using, and social behavior. 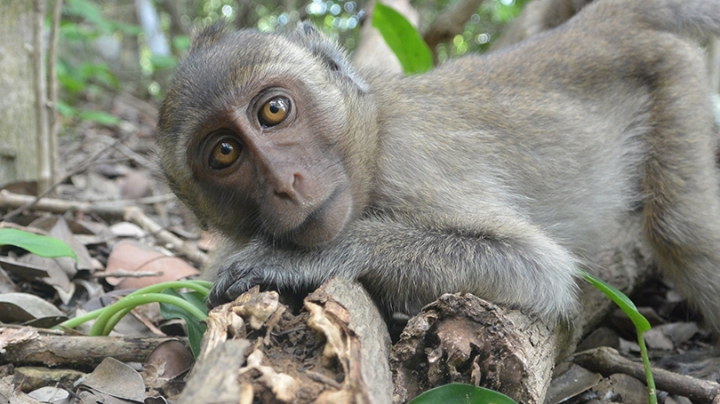 A 6-month-old youngster plays on a log in a forested area of the park. “It was a good time of year to be there because the infants are born in the spring. They were still very young but were starting to gain independence. This was an opportunity to observe them on their own without their mothers,” says Rosien.
Image 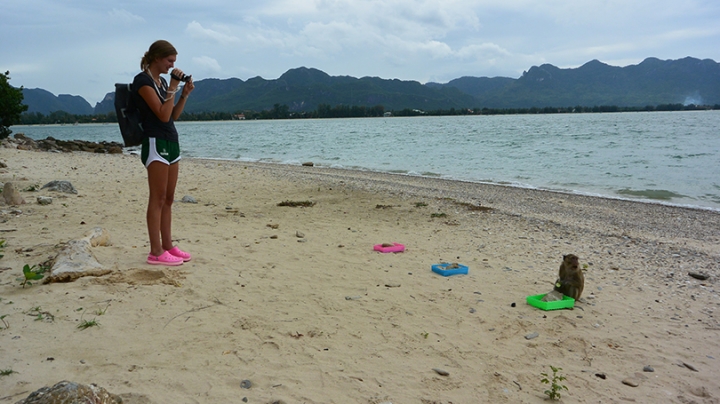 Rosien set out a series of boxes containing pieces of cucumber with different amounts of sand on them. “I recorded their behavioral response to the sand, filming them as they selected and ate the pieces,” she says. “They would typically go right to the box that had the cleanest pieces.”
Image 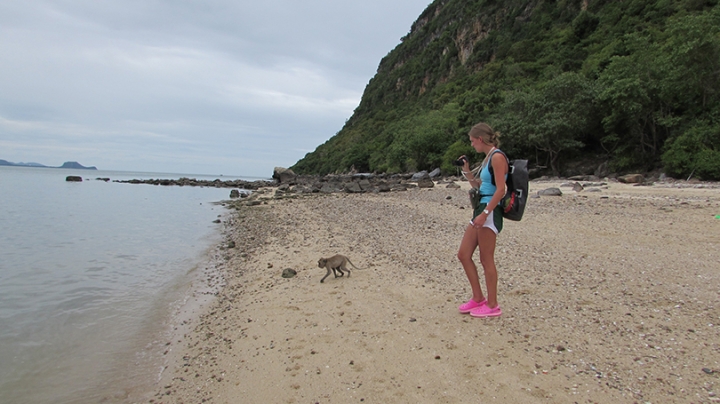 “I was able to observe an adult female from close up as she brought dirty pieces of cucumber down to the water to wash them,” says Rosien. “In this picture you can also see me looking very sunburned as well as the rip in my side of my backpack, torn by a monkey who was stealing my lunch.”
Image 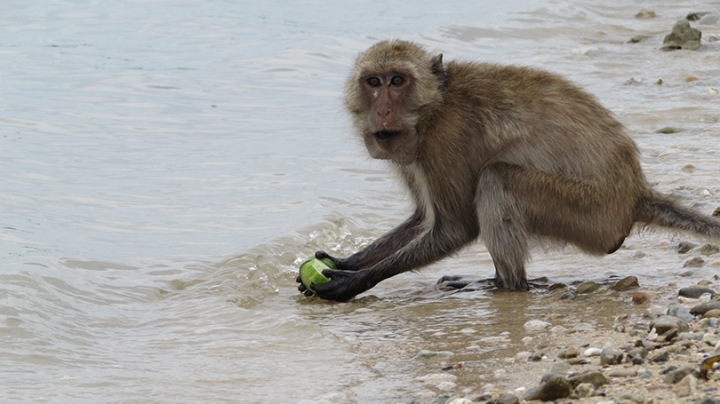 “This monkey here is engaged in food washing,” Rosien says. “Cucumber is not part of their natural diet in the wild, but we selected it because the pieces were easy to prepare and I could quantify the grit on them. They have a low nutritional content but were still appealing to the animals, and they definitely like the way it tastes.”
Image 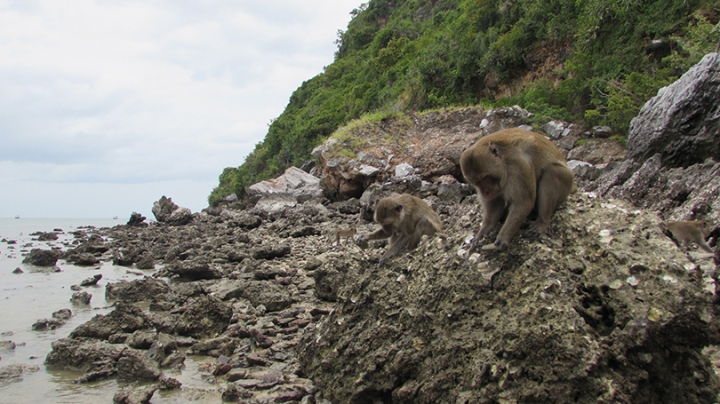 At low tide, says Rosien, it is common to see them foraging on the rocks at the beach, collecting oysters and using stones to crack them open. “About 70 percent of this group appears to be tool-users, but the behavior is specific to this group. These animals are similar to the macaques elsewhere on the Malay Peninsula, but these are one of the few that practice stone-tool use.”
Image 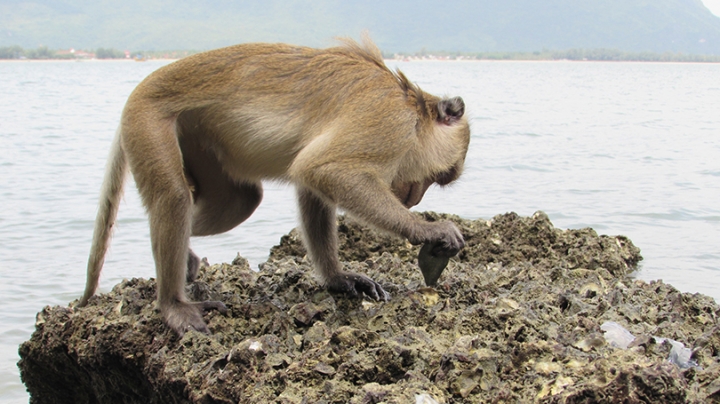 “This monkey is actually using a hammering approach, but there is a variety of techniques they use to crush or crack the oysters’ shells,” says Rosien. “They also eat very small snails; they will often put them on an anvil stone and then smash them open.” She says they’ll eat crabs if they can catch them. “This is less common because the crabs run so fast. But if they do catch one, they will also smash it open with a rock.”