Informational sessions on the changes are set for students and scholars. 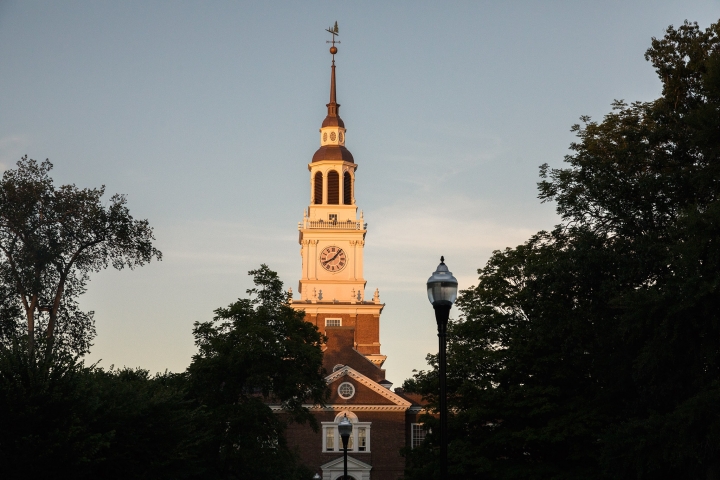 Dartmouth’s Office of Visa and Immigration Services (OVIS) has been monitoring recent changes to federal immigration policies and reaching out to affected members of the Dartmouth community to help explain the new rules.

OVIS Director Susan Ellison says that international students and international visiting faculty, researchers, artists, and their dependents who hold F or J nonimmigrant status should be particularly aware of a rule change that went into effect in August. More than 1,400 members of the Dartmouth community fall under these visa categories, including students who have graduated but who continue to work in the United States with F-1 status under a grant of Optional Practical Training.

Ellison cautions that “it is not yet clear how USCIS will implement the new policy and how the policy will impact the policies of other agencies.” OVIS is consulting with peer institutions, immigration attorneys, and professional associations to monitor the impact of the changes. “We understand that this change in policy is confusing and many questions remain about how it will be carried out,” she says.

OVIS has scheduled information sessions for students and scholars to discuss the changes. The meetings are set for:

“Status violations can occur when an F or J nonimmigrant does not maintain their immigration status,” Ellison wrote to affected community members in a recent email detailing the changes. “Examples include unauthorized employment, remaining in the U.S. beyond the permitted grace period, or an unauthorized leave from a degree or research program.”

“The prior policy provided a procedural framework and certainty in calculating when unlawful presence occurred,” Ellison says. “The new policy does not. It eliminates the formal notification process and creates uncertainty and unpredictability. We have serious concerns that the new policy will discourage international students, researchers, and faculty from coming to the U.S. because of the risk that a minor infraction or technical violation could put them at risk of triggering these bars to reentry.”

The OVIS website has information on the most recent changes and other federal immigration policy changes. In addition, the OVIS site has information on what F-1 and J-1 visa holders must do to maintain their lawful status. Ellison encourages individuals with questions about the new policy to reach out to their OVIS advisers. In addition, her office can provide referrals to outside immigration counsel when needed, she says.

“There are certain issues that are beyond the scope of OVIS,” she says. “In these cases, OVIS can provide general support and resources, and will recommend that the student or scholar seek the help of a qualified immigration attorney.”

When the new rules were announced earlier this year, Dartmouth submitted a formal comment during the official comment period to the Department of Homeland Security expressing its concerns about the changes.