The collaboration will make more than 100,000 audio tracks more useful to educators. 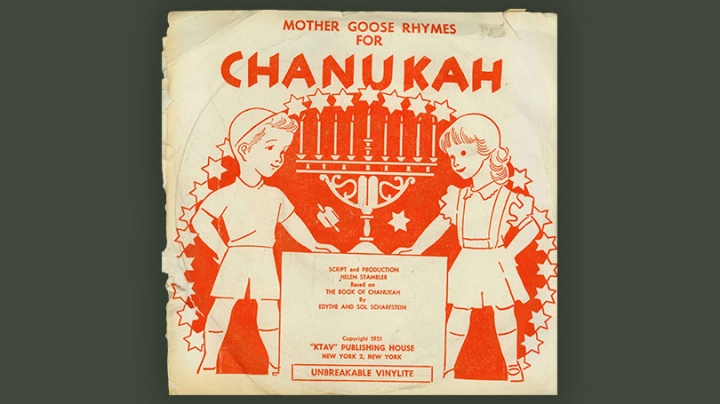 What does Jewish culture sound like? You can find over 100,000 answers in the Dartmouth Jewish Sound Archive (DJSA), an online audio library. The wide-ranging collection includes radio broadcasts at turning points in Israeli history, cantors singing in synagogues, stand-up comedians—“every kind of Jewish recording imaginable,” says Professor of Middle Eastern Studies Lewis Glinert, who, with Alexander Hartov, a professor of engineering at Thayer School of Engineering, co-founded the archive in 2002.

“Alex told me how his wife’s uncle had all kinds of recordings from the time when he ran the Yiddish Hour in Boston in the ’60s and ’70s. They were just gathering mold in the basement. So we said, let’s make a website,” Glinert recalls.

Dartmouth’s archive will benefit from a new collaboration with the Jewish Music Research Centre (JMRC) at the Hebrew University in Jerusalem, directed by Edwin Seroussi, a visiting scholar in Dartmouth’s Jewish Studies Program since 2007.  (Seroussi recently received the Israel Prize, the highest honor a scholar can receive in Israel, for his research in musicology, much of which, he says, is conducted during his summer residence at Dartmouth.)

According to the memorandum of agreement, Dartmouth and Hebrew University will “promote research, educational, and other scholarly activities pertaining to the Jewish and Israeli music held in our world-class collections. This will include enhancing the DJSA by sharing biographical, musicological, and sociological metadata.”

Glinert says the archive will now become better known and more useful to educators and researchers because it will be annotated. “The academic value of the collection was not being fully realized until we entered into this agreement,” says Glinert. “I teach Hebrew literature and linguistics, and Alex is an amazing engineer who has collected and found many of these recordings, but neither of us is a musicologist. That knowledge is what the Jewish Music Research Centre will bring, as they add all kinds of information to enhance the site.”

Historically, the JMRC, while belonging to the Faculty of Humanities of Hebrew University, is embedded within the National Library of Israel next to its Sound Archives and the magnificent Jacob Michael Collection of Jewish Music. “These unique facilities will make possible the enhancement of our understanding of the unique holdings of the Dartmouth archive,” says Seroussi.

For example, says Glinert, “We have large numbers of cassettes in Jewish Arabic. I don’t have a clue what they are saying. But there are musicologists at the Hebrew University who know that language.”

The website is already being accessed from all over the world. “We had a user from Taiwan who said he wanted his high school students to have some knowledge of Yiddish folk song,” says Glinert.

Another user: the American cultural attaché in Kiev, who was trying to help Jews in Ukraine rediscover their roots after the fall of communism. “We granted access to the site for their local Jewish cultural centers,” Glinert says.

Because of copyright restrictions, the site is not public. It requires registration by users who can demonstrate that they will put the audio tracks to educational, not commercial uses. Glinert says he uses the archive in his own classes at Dartmouth, especially courses on Jewish culture and humor.

The Hebrew University partnership comes at a strategic time, Glinert says. “In Israel there is renewed interest of the general public in the music of Middle Eastern and North African Jewish communities. After a period of loss of interest in their musical traditions, now it’s coming back, and young people are clamoring to learn the way their grandparents used to chant.”

Glinert is himself an amateur cantor. “I chant the Torah in traditional ways,” he says. “For me this collection is not a museum. It’s how I learn.”