Professor David Kotz ’86 is a “distinguished member” of the world’s leading computing association. 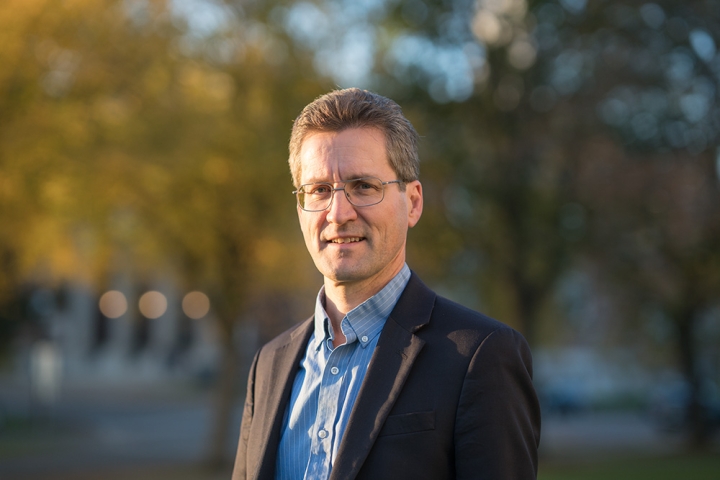 David Kotz ’86, the Champion International Professor in the Department of Computer Science and former interim provost, has been named a distinguished member of the Association for Computing Machinery (ACM), the world’s largest and most prestigious association of computing professionals. Distinguished members represent a select group of no more than 10 percent of ACM’s worldwide membership.

“I’m pleased to receive this recognition from ACM,” says Kotz. “The list of other distinguished members is both impressive and humbling, and it is an honor to be included.”

In addition to interim provost, Kotz has been associate dean of the faculty for the sciences, the executive director of the Institute for Security Technology Studies, and a member of the U.S. Healthcare IT Policy Committee. He’s a fellow of the Institute of Electrical and Electronics Engineers (IEEE) and an elected member of Phi Beta Kappa. With research interests including security and privacy, pervasive computing for healthcare, and wireless networks, he’s published over 175 refereed journal and conference papers and obtained over $66 million in grant funding.

“By honoring these individuals, we highlight the professional achievements behind the technologies that have transformed both our daily lives and society in general,” says ACM president Cherri Pancake. “Each distinguished member has also demonstrated a commitment to being part of the professional community through his or her longstanding membership in ACM. These computing leaders really epitomize ACM’s mission of ‘advancing computing as a science and a profession.’”

According to its website, ACM was founded “at the dawn of the computer age” and “inspires dialogue, shares resources, and addresses the field’s challenges” around the globe.