Author: Transgender Americans deserve the freedom to realize their own American dream. 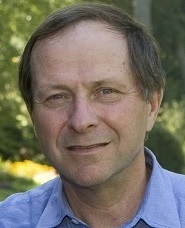 Jack Turco is a professor of medicine at the Geisel School of Medicine, co-director of the transgender clinic at Dartmouth-Hitchcock Medical Center, and the former director of the Dartmouth College Health Service.

The U.S. Department of Health and Human Services is leading an effort to establish a legal definition of “sex” based only on “immutable biological traits identifiable by or before birth,” eliminating federal recognition of transgender people. As part of this proposed regulation, any dispute about someone’s sex would be settled using genetic testing.

If the determination of one’s gender identity is redefined in this arbitrary, political, and regressive manner—a move that ignores the consensus of medical experts in this country and around the world—the impressive gains that have been made by the transgender community could be wiped out.

I have practiced endocrinology for the last 40 years at Dartmouth-Hitchcock Medical Center. Beginning in the early 1980s, I began to see transgender patients who sought hormone therapy to be able to live their lives in their affirmed gender, as opposed to the gender that they were assigned at birth based solely on the appearance of their genitalia.

The medical understanding of exactly how an individual’s affirmed gender develops remains elusive; however, most medical experts believe that there are strong internal interactions of genetic, hormonal, and behavioral factors that come together early in life that determine gender identity. As one of my patients succinctly reported to me, “I chose to take hormones to transition, but I did not choose to be a transgender individual.” The only way to determine an individual’s gender identity is to ask that person.

I have cared for hundreds of transgender patients over the years. Initially, these patients demonstrated significant gender dysphoria because they felt trapped, forced to live in their assigned gender and unable to get the medical help or community support they needed—given the transphobic attitudes of the times—to transition and live in their affirmed gender. Many felt that they had to “live a lie” to avoid being persecuted by society. Many confided to me that they desired to “have my physical appearance correspond with my inside feelings about my gender.”

Helping these patients transition let me observe over the years the positive effects that transitioning had on their mental health as well as their overall success in life.

Transgender individuals are not a danger to anyone except possibly themselves. Research published in 2014 by the Williams Institute at the UCLA School of Law revealed that suicide attempts among transgender and gender-nonconforming adults were alarmingly high (41 percent). If the hard-won gains that the transgender community has fought to achieve are reversed, there will be increased gender dysphoria felt by transgender individuals that will lead to self-harm.

In a society that is still largely uninformed on topics related to transgenderism, gender-nonconforming people frequently experience rejection by family and friends, discrimination at work and in medical care, homelessness, victimization and violence. Many who are not “out” are afraid to raise their voices for fear of stigmatization. Such vulnerable people should not be scapegoated for political gain. Our government should protect and support—and not target—its citizens.

As a community and as a nation, it is important that we raise our voices to decry this harmful attempt to reverse the impressive progress the transgender community has worked so hard to achieve over a quarter of a century.

Transgender Americans deserve to have the protections and benefits afforded to all other citizens and the freedom to realize their own form of the American dream.

Written by
Jack Turco
Share this
FacebookTwitterEmail
In the News