Helping the Homeless in the Upper Valley 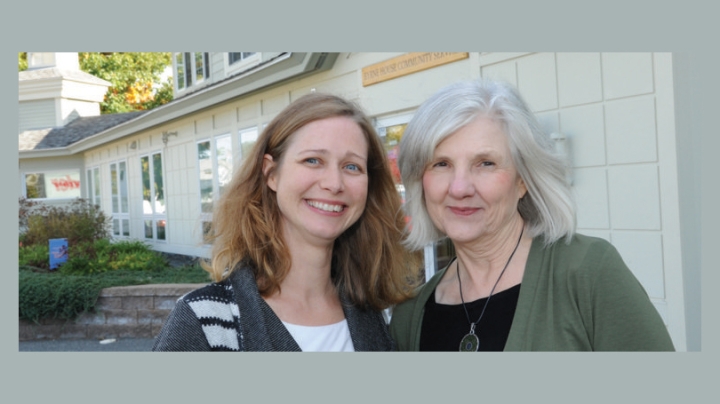 In hopes of improving services offered to rural families in need, Elizabeth Carpenter-Song has studied the challenges and anxieties of Upper Valley families facing housing insecurity in the past decade. “These are people who are one car repair, one lost job, one health crisis away from being homeless,” says the Dartmouth research associate professor of anthropology.

As a medical and psychological anthropologist, she is particularly interested in the mental health of families—how health, housing, and poverty relate to mental health issues.

“In the literature, such investigations have historically been done in urban communities,” she says, “but what do we know about this in the context of rural areas? This launched me on an initial exploration in 2009 in partnership with the Upper Valley Haven into the experiences of families who have been impacted by homelessness.”

Working with marginalized families in rural New England, Carpenter-Song says her research is at the intersection of anthropology and medicine. “We are thinking about how we can integrate rigorous ethnographic methods and theories to make services more acceptable and humane, particularly for marginalized populations, and especially in mental health.

“We are learning from individuals in their environments about what their priorities are, what matters most to them, and seeing to what extent that aligns with what is happening in the context of their overall health care. In doing so, we could potentially redesign what happens in health services to better meet the needs of the population.”

Some of this redesigning has already taken place locally.

From Shelter to Housing

Carpenter-Song tracked the experiences of five area families, first as they resided at The Upper Valley Haven,  a nonprofit shelter and social resource center in White River Junction, Vt., and then as they transitioned out of the shelter and into the community.

“Elizabeth explained to the families that she wanted to understand about their lives, so that what was being made available in communities could be done better,” says Sara Kobylenski, former executive director of The Haven and Carpenter-Song’s close collaborator. “She wanted to understand what worked for families and what did not. Those families were totally accepting of this because they were being deferred to, being put in the role of the experts about their own lives.”

What Carpenter-Song learned about the continued vulnerability of families informed the development of the Aftercare Program at The Haven.

“The Haven now provides a lot more support for families, so it can attend to some of the continuing needs that they have,” she says. “Though no longer resident at the shelter, the families are still offered continued access to case management support. Their kids will continue to enroll and attend after-school programs and get support over time.”

This is meant to alleviate at least part of the problem the families face after they transition back to independent living: isolation.

“When families moved out, in particular to more remote communities to gain access to more affordable housing,” says Carpenter-Song, “they often became tremendously isolated. They lacked transportation and were far away from their networks of friends and family.”

What initially seemed to be an attractive situation—having a place of their own and a roof over their heads—became problematic for some families. The isolation often would result in another housing crisis for these families, as they moved frequently, often every few months.

“We have been documenting what some of the things are that seem to make a difference with respect to people’s ability to maintain some semblance of security. It was the ability to remain close to networks, access to affordable housing and transportation, and the ability to receive needed support—thinking about health supports, mental health supports, perhaps other intensive services that they need that are accessible to them—that’s been really key,” says Carpenter-Song.

“Within the shelter they were in an environment where there were a lot of supportive people around, where there was always somebody who could sit with them, could help them when they were feeling depressed or overwhelmed,” says Kobylenski. “Because she is quintessentially a teacher as well as an anthropologist and researcher, Elizabeth brought a significant number of her students into the work.”

Carpenter-Song says that their success was rooted in a team-based, community approach. “What we’ve learned was built on a foundation of partnership, collaboration, and trust. This work would not have been possible without the dedication, time, and effort of many at the Haven (most especially Sara), the willingness of families to share their struggles, and, as the project progressed, the deep involvement of students and community research advisers.”