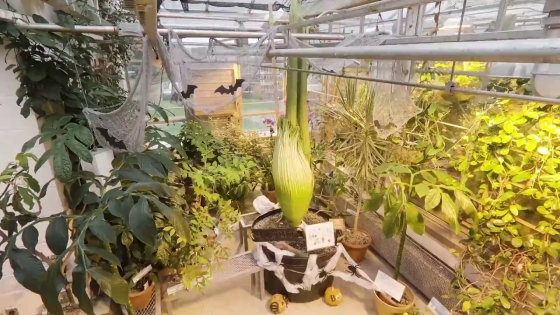 Just after Halloween, a corpse flower named Morphy bloomed in the Class of 1978 Life Sciences Center greenhouse. Morphy is a specimen of Amorphophallus titanum, commonly referred to as a corpse flower. These flowers typically bloom only once every seven or eight years, but in an early encore, Morphy bloomed again after previously blooming in 2016.