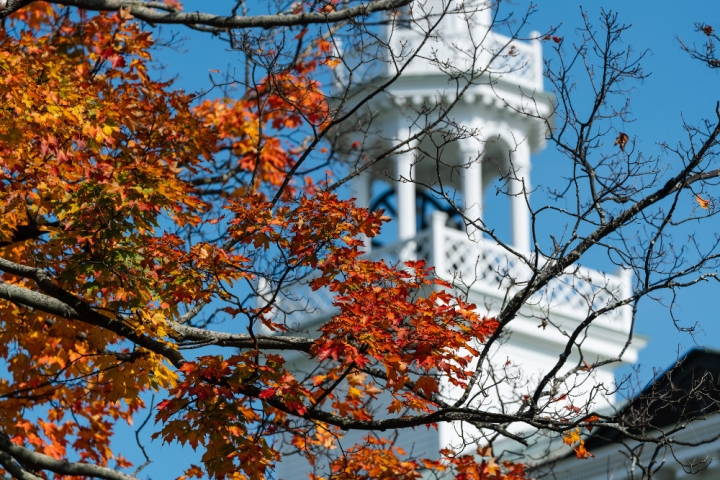 At their fall meeting, members of the Dartmouth Board of Trustees discussed ways to recruit, support, and retain talented and diverse faculty and staff. Presentations by deans and senior administrators explained the institution’s approach to hiring and retention and the successes and challenges involved in the work.

“Faculty diversity is one of our highest priorities,” President Philip J. Hanlon ’77 said at the weekend meeting, held in Hanover. “Having faculty with a range of perspectives and experiences improves outcomes and is essential to fulfilling our education and research mission. Our students want to learn from faculty who have had experiences similar to theirs.”

Also at the weekend sessions, board members were briefed on the off-campus shooting that took place Friday night. Hanover police have arrested a Lebanon, N.H., man in connection with the incident, which took place a block from campus and left a man not affiliated with the College hospitalized. Trustees passed along their thanks to members of Dartmouth’s Emergency Management Team for their swift mobilization and coordination with public safety officials, which kept those on campus safe during the incident. They expressed hope that the victim of the shooting would have a rapid and complete recovery.

Commitment to Faculty Diversity and Retention

In a presentation to the board, Dean of the Faculty of Arts and Sciences Elizabeth Smith said it has been a banner year for diversity recruitment in the arts and sciences.

“Efforts to successfully recruit underrepresented faculty to arts and sciences began with a strong commitment from the faculty,” Smith said. “The call to action by the president and senior leadership to improve diversity across campus truly resonated.”

In addition, she said that the provost’s office had provided critical funding to assist in the hiring of minority faculty. A grant from the Mellon Foundation has funded post-doctoral fellowships for members of underrepresented minorities who transition after two years into tenure-track positions, providing valuable time to advance their scholarship.

The greatest challenge in expanding diverse representation on the faculty is retention, Smith said.

“Successfully recruiting new faculty is just the beginning. If we want to keep these talented scholars, we have to create a supportive environment, provide thoughtful mentorship, and respect the unique demands they face in mentoring, advising, and other service activities.”

Executive Vice President Rick Mills told board members about institutional efforts to increase staff diversity. In 2016, 7.6 percent of staff members were from underrepresented minority groups. Dartmouth hopes to increase that to 11 percent or 12 percent by 2020.

Five years ago, 16 percent of applicants for staff positions came from underrepresented minorities. That percentage has increased to 21 percent in the current year, Mills said.

“Building an inclusive workplace requires sustained effort, responsiveness, and the investment of time and resources. It is important work, and Dartmouth is in it for the long haul,” said Mills.

The Office of Human Resources’ goal to diversify the staff extends to search committees for senior staff hires. Committee members receive diversity and inclusivity training to tackle implicit bias as well as support to build a diverse applicant pool. In addition, job descriptions for senior positions now include a required competency in the integration of diversity and inclusivity in the workplace. Mills said the College has begun hosting conferences and events to introduce people from underrepresented groups to Dartmouth in the hope that they will consider future employment opportunities at the College.

As part of the College’s Inclusive Excellence initiative, Dartmouth has increased funding for employee resource networks—affinity groups that help build community among underrepresented staff, faculty, and their families. These networks are designed to provide welcoming spaces and opportunities for new employees to tap into social and professional networks.

The board discussed the College’s aging energy infrastructure and the technology upgrades required to meet future operational needs and sustainability goals. Board members approved a procurement process, to begin early next year, to seek a private partner to finance, design, build, operate, and maintain an energy system that uses renewable fuel sources, and to work with Upper Valley community partners to finalize the scope of the project.

Additionally, board members approved funding for capital projects that are supported by gifts to The Call to Lead: A Campaign for Dartmouth. The votes approve spending $4.5 million toward completion of the Arthur L. Irving Institute for Energy and Society building design and $144.5 million for construction of the west end project to integrate engineering, computer science, and the Magnuson Center for Entrepreneurship. Trustees also approved spending $56.8 million for improvement and enabling projects related to the west end development.

Some $147 million has been raised for the $200 million west end development, with $53 million in new commitments received in six months of strong support since the public launch of The Call to Lead in April. There is $13 million still to raise before the College can break ground for construction. The College hopes to do this by January with a target of opening the 160,000-square-foot facility in the fall of 2021.

Trustees also met with advisory board chairs and directors from schools, centers and institutes across the institution to discuss opportunities and challenges for the future, with a particular emphasis on areas of intersection. As focal points of interdisciplinary excellence and collaboration, the centers and institutes, collaborating with the different faculties and schools, are crucial to Dartmouth’s mission and goal of breaking down barriers between disciplines.

“Because of our size, scale, and strong sense of community, our campus is ideally suited to develop groundbreaking collaborative partnerships,” said Joseph Helble, Dartmouth’s new provost, who led the discussion.

Board members also took part in a luncheon honoring 36 faculty members from across the institution who have won awards from outside Dartmouth in the past year.