Dartmouth announced a five-year agreement with Chicago that takes effect this week. 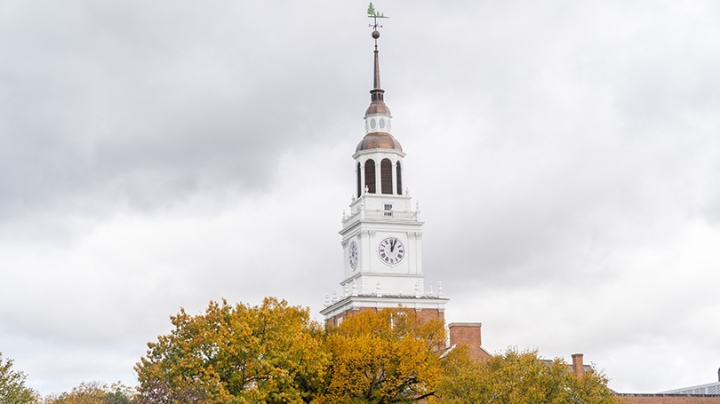 Dartmouth today announced an agreement with the University of Chicago Press and the Chicago Distribution Center in which the Chicago entities will market, sell, and distribute books that have been published by the University Press of New England (UPNE).

“This is a great outcome for our UPNE authors because it means their books will continue to be marketed and sold and will remain readily available,” says Dartmouth Provost Joseph Helble.

The Chicago press has been publishing books for scholars, students, and general readers since 1892, and currently has more than 5,000 books in print. In addition, the press has a journals division that publishes more than 70 journals and hardcover serials in a range of academic disciplines. The distribution center serves 100 scholarly publishers.

“The University of Chicago Press and the Chicago Distribution Center are pleased to welcome our new publishers from UPNE to the family. We look forward to helping them flourish as they continue to publish great and compelling books,” says Joseph D’Onofrio, the CDC’s director.

The decision to close UPNE, which was founded in 1970 and at one time included as many as 10 colleges and universities, was announced in April by Dartmouth and Brandeis. At the time, the UPNE Board of Governors said that with only two member-institutions, the operation had become unsustainable. In recent years, Dartmouth has employed all the UPNE staff, with the consortium headquartered in nearby Lebanon, N.H.

UPNE will issue no new titles beyond its fall 2018 books. In addition to publishing under the UPNE imprint, the consortium handled the imprints of Dartmouth and Brandeis as well as a variety of other book partners. Dartmouth and Brandeis will continue to retain control of their own imprints, the Dartmouth College Press and the Brandeis University Press, both of which will now be distributed through the CDC.

“I am very pleased that we have been able to reach an agreement with the University of Chicago Press’ CDC, known for its excellent services to its client publishers and their customers,” says Lisa Lynch, provost at Brandeis.

A Dartmouth faculty steering group, led by Graziella Parati, the Paul D. Paganucci Professor of Italian Language and Literature, is evaluating the future of Dartmouth College Press. The planning group will present recommendations to Helble at the end of fall term. In the meantime, the existing titles of the Dartmouth College Press, and those in production for 2019, will be marketed and distributed through the CDC.