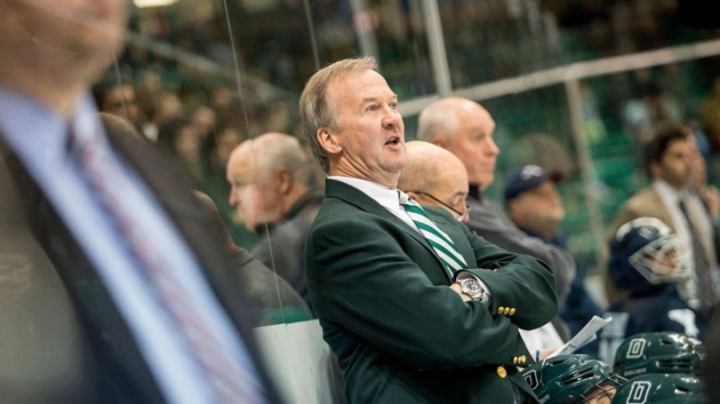 With the junior’s first goal of the season coming on a breakaway midway through the third period, Koenig Family Head Coach of Dartmouth Men’s Hockey Bob Gaudet ’81 became the all-time winningest coach in program history with his 309th victory.

Gaudet, now in his 22nd season at his alma mater, passed legendary coach Eddie Jeremiah for the wins record in the 112-year history of the program.

“I haven’t really thought about it (the record) because we’ve had a lot on our plate this season already,” Gaudet says. “This is a record that is attached to my name, but it’s not about me. It’s about those guys in the locker room who were out there blocking pucks and making sacrifices for this team, especially late in the game to earn that win.”