Dartmouth Skiway Groomed and Ready to Go for Dec. 15 Opening

“It should be awesome, honest to goodness,” says Doug Holler, director of the Skiway. 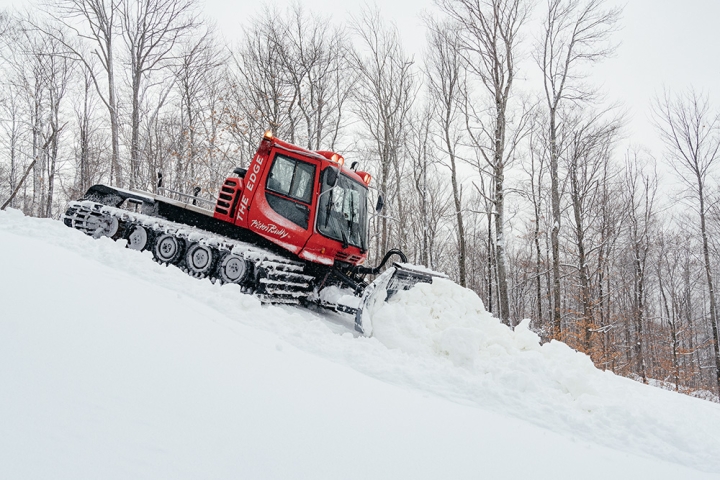 The snowmaking equipment has been running overtime during the recent cold snap to firm up the base on the Dartmouth Skiway slopes in time for the scheduled opening on Saturday, Dec. 15.

Doug Holler, director of the Skiway, says his crew has been prepping for the open for the last three weeks and they have been blowing snow around the clock since temperatures plunged last week.

“We’ve been blessed with two things this year—cold weather and a high water table—which means we haven’t run out of water,” Holler says.

The base in some areas is 14 feet deep, and one side of the mountain is all groomed and ready for Saturday, he says.

“It should be awesome, honest to goodness. We’ve been able to make snow in this cold weather, it’s been consistent, and we’ve been grooming it,” Holler says. “It should be great skiing.”

On more than 100 acres, including, when the Skiway is fully open, 30 trails that range from the beginner’s area to the challenging Warden’s Schuss, the Skiway provides opportunities for skiers at all skill levels. Group classes are offered for age 3 and up. Individual lessons also are available.

The Skiway has been the training ground of nearly 100 Dartmouth All-Americans, more than 30 national champions, and dozens of racers who went on to compete in the Olympics, many of whom now bring their families to ski. The College’s Alpine teams also frequent the Skiway three or four days a week during the season.

A free hourly shuttle bus runs every weekend during the season from campus to the Skiway, which is 14 miles away in Lyme Center, N.H.  Special pricing on season passes and daily lift tickets is available for Dartmouth faculty, students, and staff.