Sarpeshkar Elected to the National Academy of Inventors

The honor is considered the highest professional distinction for academic inventors. 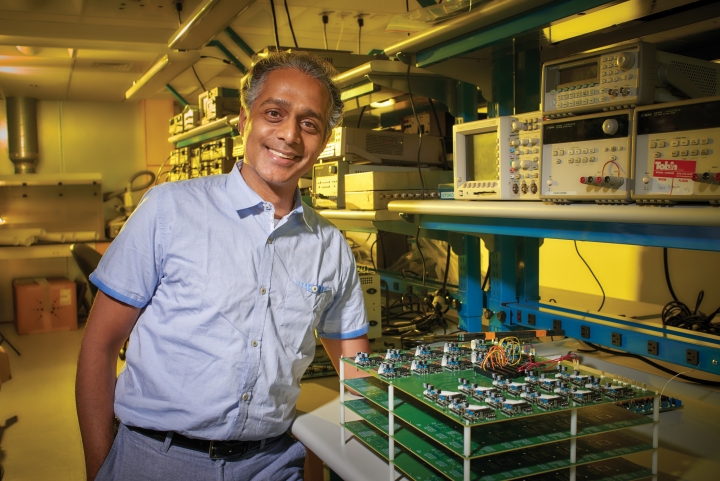 “I love the sizzle in the brain created by an invention that solves a problem you have been working on intensely,” Professor Rahul Sarpeshkar says. (Photo by John Sherman)
12/16/2018
Body

Rahul Sarpeshkar, a professor of engineering and the Thomas E. Kurtz Chair in the William H. Neukom Academic Cluster in Computational Science, has been named a fellow of the National Academy of Inventors (NAI).

The honor is the highest professional distinction for academic inventors “who have demonstrated a prolific spirit of innovation in creating or facilitating outstanding inventions that have made a tangible impact on quality of life, economic development and the welfare of society,” according to the NAI.

Sarpeshkar is a leader in the fields of medical devices and electronics as well as ultra-low power, analog, and bio-inspired design.

“I love the sizzle in the brain created by an invention that solves a problem you have been working on intensely,” Sarpeshkar says. “It’s an honor to be named an NAI fellow along with a distinguished group of fellow inventors all working towards discovering solutions to some of the world’s greatest challenges.”