The professor of music will serve a one-year, part-time appointment as head of the program. 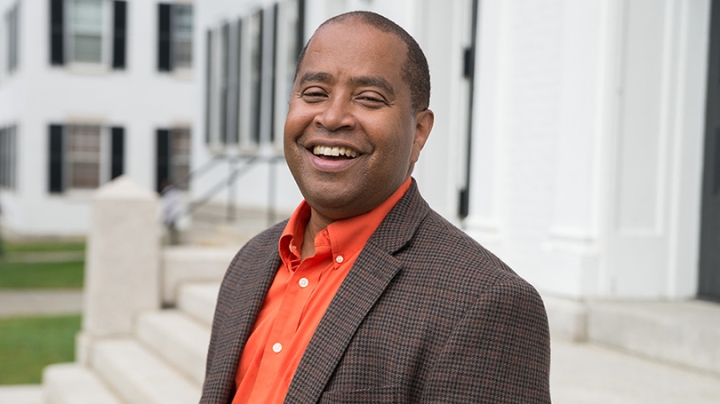 Professor Steve Swayne will take over leadership of the Montgomery Fellows Program on Jan. 1. (Photo by Eli Burakian ’00)
12/10/2018
Body

Swayne, a concert pianist whose expertise is in opera, art music, Russian music, and musical theater, succeeds Senior Lecturer Klaus Milich, who has led the program for three years.

“Steve’s long tenure and deep background in the arts will serve the Montgomery program and Dartmouth well in the coming year,” says Helble. “I also want to thank Klaus for his work leading the program.”

It is anticipated that Dartmouth will begin the process to identify the next permanent director before the middle of 2019, Helble says.

Swayne and others involved in the program will collaborate with Professor Donald Pease and the members of the committee planning events for Dartmouth’s 250th anniversary celebration year, which begins in January. Pease, the Ted and Helen Geisel Third Century Professor in the Humanities, is chairing the sestercentennial planning committee.

Swayne, who is in his 20th year at Dartmouth, was one of the first Dartmouth faculty members to teach a massive open online course—his first on Italian opera, and second on German opera. He has led study abroad in Vienna, is a member of Dartmouth’s Society of Fellows, and for three years, through 2016, was chair of the Department of Music.

Jake Sullivan, an Obama-era policymaker who worked on counterterrorism in the U.S. State Department, will be in residence as a Montgomery Fellow in the coming winter term.