Applications jumped 7.3 percent over last year’s total to a preliminary total of 23,641.

Dartmouth has hit a new record number of undergraduate admissions applications, with a preliminary total of 23,641 applications from students seeking admission to the Class of 2023, an increase of 7.3 percent over last year.

“Setting a new record for undergraduate applications as we celebrate our 250th anniversary is a special moment for the College,” says Lee Coffin, vice provost of enrollment management and dean of admissions and financial aid.

“The admissions committee is deep in our review process and we are looking forward to introducing the Class of ’23 to the Dartmouth community this spring,” he says.

Applications for undergraduate admission were due Jan. 2. Admissions decisions will be released March 28.

“It continues to be very satisfying to see Dartmouth as the college of choice for a great many students,” Coffin says.

As part of the 2023 recruitment cycle, admissions officers visited nearly 1,500 high schools across the U.S. and in over 50 countries while hosting more than 10,400 prospective students in Hanover for a campus tour, information session, or open house with faculty. Over 40 faculty from 22 departments participated in outreach initiatives that spotlight excellence in teaching and research. 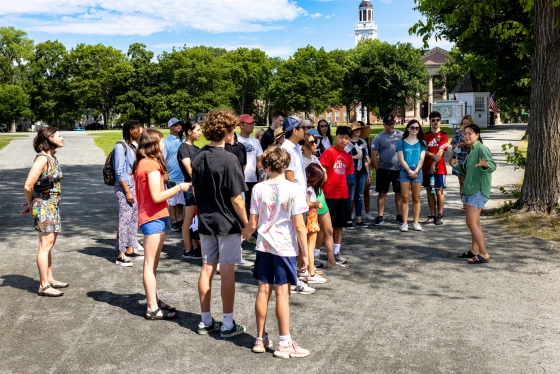