The Dignity of Work Is the Theme of MLK Breakfast Address 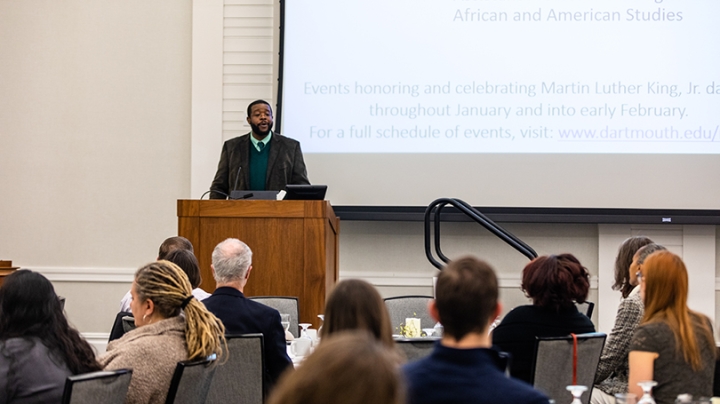 Booker quoted King from a sermon at Atlanta’s Ebenezer Baptist Church in 1965: “What makes a job menial? I’m tired of this stuff about menial labor. What makes it menial is that we don’t pay folk anything. Give somebody a job and pay them some money so they can live and educate their children and buy a home and have the basic necessities of life. And no matter what the job is, it takes on dignity.”

A professor in the Department of Religion and the African and African American studies program, Booker spoke to some 150 people at the annual MLK breakfast in the Hanover Inn ballroom, part of the month-long celebration of King’s legacy that includes the College’s annual social justice awards, replaying of King’s 1962 speech at Dartmouth, and a candlelight vigil. Scot Bemis, chief human resources officer, opened the event, and Evelynn Ellis, vice president of Institutional Diversity and Equity, led the room in a rendition of “Lift Every Voice and Sing.”

Booker, a past Dartmouth Mellon Mays scholar whose recent work focuses on jazz as an expression of black artistry and religious practices, spoke about the life of jazz pianist Mary Lou Williams, who leveraged her artistic success and her Catholic faith to establish a foundation to work for financial and social protections for jazz musicians, many of whom lived in poverty and suffered from addiction.

Booker also referred to the teachings of United Methodist pastor James Lawson, a contemporary of King who developed a theology of nonviolent resistance and who continues, at 90, to teach and lecture on social activism and civil rights.

“I would argue that if there had been no Rev. Dr. Martin Luther King Jr., we might view James Lawson as the great Black Christian proponent of nonviolent resistance of the American 20th century in the global tradition of Mahatma Gandhi,” Booker said.

King, Lawson, and Williams saw work in all its forms—physical, intellectual, artistic, and social—as essential to an individual’s sense of dignity and fundamental need to contribute to building a better society.

These leaders’ histories, “personal, activist, and musical, all tell their own stories of the dignity inherent in human work and human labor,” Booker said. “With these pasts and those of countless others we benefit from more than enough evidence and foundation for government, consumer companies, entertainment industries, and even educational institutions, to continue Martin Luther King’s work of recognizing the moral worth of efforts to ensure that today, people can survive, take care of others, and thrive on the work that they do, no matter what it is.” 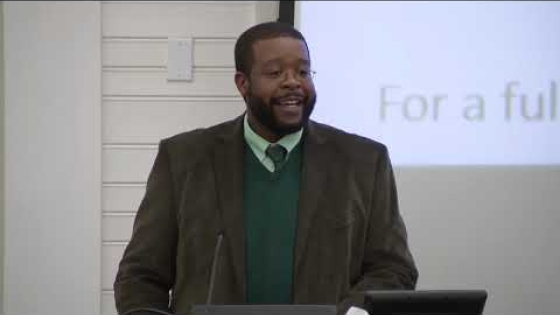