In new publications, anthropologists sharpen the focus on ancient bones. 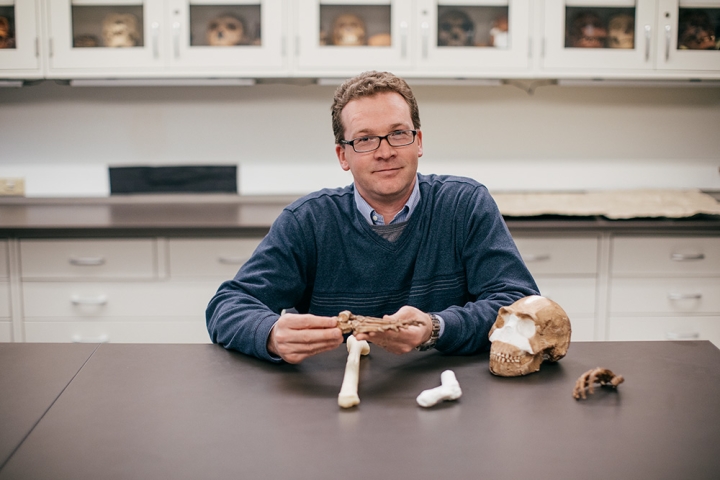 DeSilva, an associate professor of anthropology, is co-editor of a special issue of the journal PaleoAnthropology that focuses on Australopithecus sediba, a 2-million-year-old human ancestor whose fossilized remains were discovered in South Africa.

“The anatomies we are seeing in these creatures are forcing us to reassess the pathway by which we became human,” says DeSilva, co-author of four of the journal’s nine papers, including one on the anatomy of the lower limb skeleton and the presentation of computer animations of how the creature walked.

The South African discoveries were made in 2008 by Professor Lee Berger of the University of the Witwatersrand in Johannesburg. There were two partial skeletons, an adult female and a juvenile male, which were announced in 2010 as a new species of Australopithecus. Each partial skeleton is more complete than the famous “Lucy,” an Australopithecus afarensis found in 1974 in Ethiopia and dated at 3.2 million years.

“Our findings challenge a traditional, linear view of evolution. It was once thought that a fossil species a million years younger than Lucy would surely look more humanlike. For some anatomies of Australopithecus sediba, like the knee, that is true. But for others, like the foot, it is not,” says DeSilva.

This demonstrates the development of parallel evolutionary lineages, “illustrating how different experiments were unfolding early in our complex evolutionary history,” he says. “All through these skeletons there is this combination that I don’t think our field expected to have existed, based on Lucy and her kind. There is a different kind of Australopithecus here.”

The papers in the special issue also conclude that Australopithecus sediba was well adapted to terrestrial bipedalism, or walking on two feet, but also spent significant time climbing in trees, perhaps for foraging and protection from predators.

“All through these papers, it is not just the dry, boring anatomy,” DeSilva says. “It’s ‘what do these little nooks and crannies we are seeing on these bones actually mean? What does it actually tell us about our evolutionary history?’”

The new papers represent the culmination of 10 years of work, not considered an overly long period of time, given the complexity of specimens and the depth of the studies. “Lucy’s anatomical description came out as a special issue of the American Journal of Physical Anthropology in 1982, along with all the other associated material,” says DeSilva, noting a lapse of eight years between her discovery and the publication.

“When we find these things, they don’t come with labels,” DeSilva says. “We do our best to interpret what we find, and the more people who can look at these, the better, because we can take advantage of the collective knowledge of our field to try to make sense of these old bones.”

He says the papers are very comprehensive because the fossils were studied by a large team using the most updated methodology.

Beyond the dozens of specialists who participated in the analyses and contributed to the research papers, DeSilva says that further studies of the fossils and new interpretations are welcome and even encouraged. To enable this, full descriptions of the fossil material are included in the papers, and raw measurement data and surface scans of the fossils have been made available online at Morphosource.org.

“These specimens are not easy to interpret, and there are going to be things in these pages that we may have gotten wrong,” says DeSilva, “and the only way that is going to come to light is if these fossils are made available for the next generation of scientists to come up and look at with fresh eyes.” 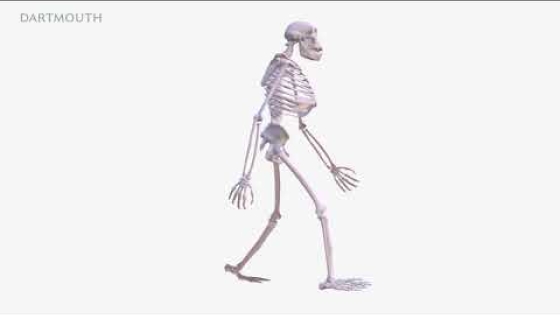