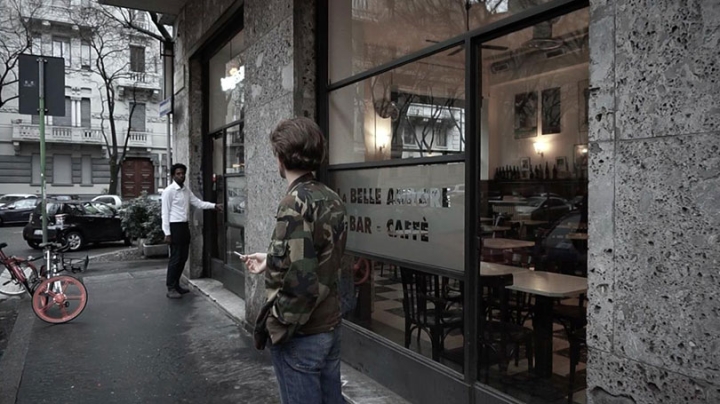 When Gabriel Jenkinson ’20 went to Rome last winter as part of an Advanced Language Study Abroad (LSA+) program, he expected to improve his Italian, which he did. What he didn’t expect was that he’d also become a movie maker whose first attempt would be screened at international film festivals.

Jenkinson got the idea for his seven-minute thriller, Paura Dell’Ignoto (Fear of the Unknown), while visiting relatives in Milan during the LSA+. “My cousin’s father is from Eritrea, and was adopted by my mother’s family,” says Jenkinson. “My cousin Danny was born in Italy and speaks perfect Italian. Yet he is treated like a second-class citizen because he doesn’t look like other native-born Italians.”

One evening, Jenkinson and his cousin and grandmother watched a television news story about a missing woman. “They eventually brought in two suspects, two Nigerian men,” says Jenkinson. “Their faces were all over the news, and they were treated as guilty even though there was no proof.”

As it turned out, the woman had not been murdered; she’d died of an overdose in a drug house. “Those two Nigerians happened to be in the neighborhood, but they had nothing to do with it,” Jenkinson says. “And my cousin said, ‘Yeah, that could easily be me. That could happen to me one day as I walk to work, if somebody decides I look like somebody who committed a crime.’”

In Paura Dell’Ignoto, Jenkinson tells the chilling tale of a black immigrant, portrayed by his cousin, who’s targeted by an armed and dangerous racist. “It was important to me to tell this story well,” says Jenkinson, “because racial violence is on the rise not only in Italy, but around the world, including the U.S., where people are getting shot in churches and synagogues.” His film has been screened at six international film festivals, including the Sicily-based Taormina Festival, one of the oldest festivals in the world, and the Tallinn Black Nights Festival in Estonia, one of the biggest festivals in Northern Europe.

It was Jenkinson’s teacher, Tania Convertini, a research assistant professor of Italian who directs Dartmouth’s French and Italian language program, who encouraged him to submit his film to festivals. And Convertini says he wasn’t the only student in the program she directed who came up with an original way to convey what it was like to live and study in Rome while becoming more fluent in Italian.

We call this project “Intersections” because it sits at a crossroad of different disciplines, experiences, and tools,” says Convertini. “Students take three courses, in language, culture, and literature, and are free to choose their topics and media—for example, a video essay performance, short story, or poem. We ask them to find connections among the courses, think outside of the box, and bring a variety of skills, abilities and newly gained cultural perspectives to their presentations.” 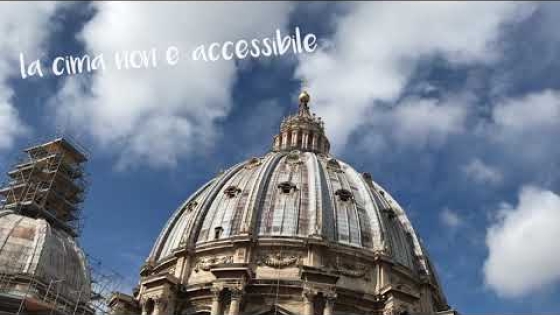 Roaming Around Rome in a Wheelchair

For her project, Jessica Campanile ’20 made a video about the accessibility—or inaccessibility—of Roman landmarks. She has a nervous system disorder that makes it hard to climb stairs or walk long distances, so for her, the ancient city wasn’t always easy to navigate. But Campanile turned challenge into opportunity.

“Dartmouth helped me rent a wheelchair from a pharmacy and I videotaped myself at different monuments and sites all over Rome—the Coliseum, St. Peter’s Basilica, Trevi Fountain. I rated them on a scale of how accessible they were,” says Campanile. A linguistics major, she also analyzed the way disabilities tend to be described in Rome. The preferred term in English is “people with disabilities,” not “disabled people,” but she found that Italians, like Americans, don’t always use that syntax.

“It was a teaching moment,” Campanile says of her project, because even her Italian professors were not always aware of the obstacles people with disabilities encounter on Roman streets. 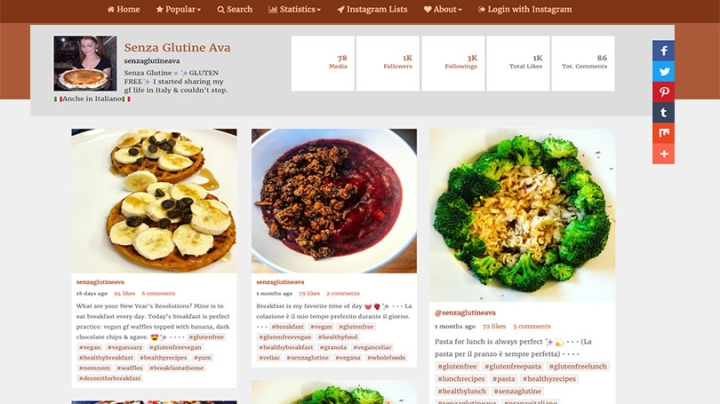 “As a celiac, I was a little worried about the LSA+ because obviously when you think of Italy you think of the wonderful bread and pizza and pasta items,” says Giglio. “I was fortunate enough to be placed with an amazing host family who made wonderful recipes. But in the city, I had to do little searching on my own, and it was fun to be able to show the hidden gems I found.”

Giglio would ask in cafes for “senza glutine” specialties. She also collected her favorite recipes, many from her host family, on a blog written in Italian.

Both Campanile’s and Giglio’s projects are serving as resources for Dartmouth students currently studying in Rome.

Other student projects from Rome included a list of Italian songs on Spotify collated by Cristian Cano ’20, a website on street harassment in Rome created by Brooke Bazarian ’20, and an exhibit of Rationalist architecture curated by Mourad Boumlik, who will graduate this year.

This winter, Convertini says, the Italian LSA+ program returns to Rome, with side trips to Milan and to Orvinio, a small village with a medieval history.

“Most exciting, students will get to spend a significant portion of their time with local artists,” says Convertini. “They’ll get to know their work and will shadow them for a day, having the unique opportunity to see the city through their eyes. It will again be a culturally enriching trip, and we will be documenting it on Instagram.”