Film Based on William Kamkwamba ’14 Coming to Netflix March 1

The alumnus’ story begins in Malawi, where a famine forced him to drop out of school at a young age. 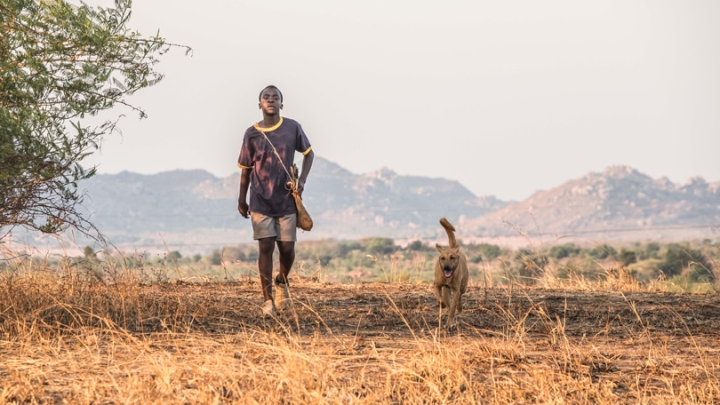 A scene from The Boy Who Harnessed the Wind. (Image courtesy of Netflix)
2/27/2019
Body

From Malawi to Hanover to the Sundance Film Festival, the journey of William Kamkwamba ’14 has been anything but predictable. March 1, audiences nationwide will share that story when a movie based on his life, The Boy Who Harnessed the Wind, comes to Netflix.

For Kamkwamba, becoming a Hollywood inspiration has been overwhelming. Asked how it felt to see himself played by Chiwetel Ejiofor in a major film, Kamkwamba said, “It’s hard to put it in words. At points it’s hard to watch because it relives tough times from my past, but some parts show joyful moments. I have mixed feelings watching it.”

The Road to Dartmouth

Kamkwamba’s story began in rural Malawi, where a  deadly famine forced him to drop out of school at a young age. With illustrations from a library book as a guide, then 14-year-old Kamkwamba used his newfound free time to build a windmill from scrap metal and other refuse. Suddenly, his family had electricity for the first time—and Kamkwamba was a media sensation in Malawi and beyond.

The attention took him to the TED stage, where he delivered a talk, ”How I Built a Windmill,” that captivated audiences, and led him to publish The Boy Who Harnessed the Wind—the film’s inspiration— with Harper Collins in 2009. Around the same time, an interview with Diane Sawyer captured the attention of a Thayer development officer, who recruited Kamkwamba to Dartmouth.