It was the 13th invocation the retired Navy chaplain has delivered before Congress. 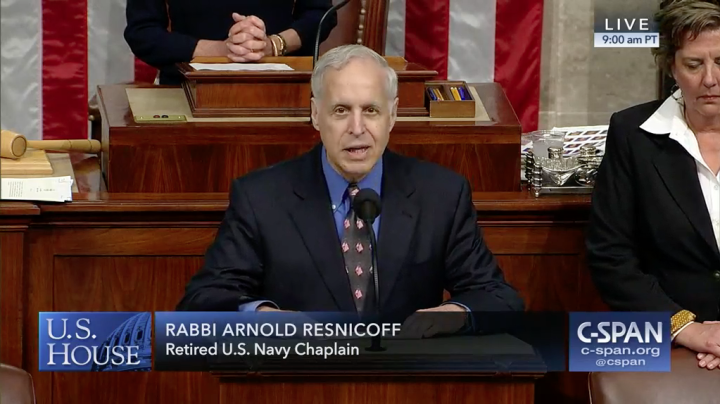 Rabbi Arnold Resnicoff ’68 was the first guest chaplain to deliver the opening prayer of the new session of the U.S. House on Wednesday, appealing to “our better angels to reunite for progress toward more perfect times.”

This was the 13th time that Resnicoff, who retired in 2001 after 25 years of service as a Jewish chaplain in the U.S. Navy, has delivered an opening prayer before Congress—eight times in the Senate and five in the House.

“It was, as my friend Howard Mortman of C-SPAN observed, my bar mitzvah prayer—because it was number 13,” Resnicoff says.

Prayers before Congress are limited to 150 words, must be submitted in advance for review, and cannot advocate for a specific policy or issue, Resnicoff says. He tries to make his words timely, relevant, and uplifting.

Speaking a week after the government shutdown ended, he included the words, “Let our nation never slumber. No closings, fits and starts. No honest pay denied for honest work. No time out from efforts to improve our lives, achieve our dreams.”

Prior to Wednesday, Resnicoff most recently delivered the opening prayer on the floor of the House shortly after a lone shooter killed 11 people in the Tree of Life Synagogue in Pittsburgh.

In that prayer, he said, “God, we know that thoughts and prayers still matter when they’re linked to action, grounded in our nation’s founding vision that all are created equal with rights to liberty and life, rights and dreams we must forever honor, cherish, and protect.”

Resnicoff was Navy ROTC at Dartmouth and shipped out to Vietnam immediately after graduation. He served in the Mekong Delta and with naval intelligence before attending rabbinical school. After becoming a rabbi, he returned to the Navy with the chaplain service for a 25-year career that culminated with his service as command chaplain for the U.S. European Command. 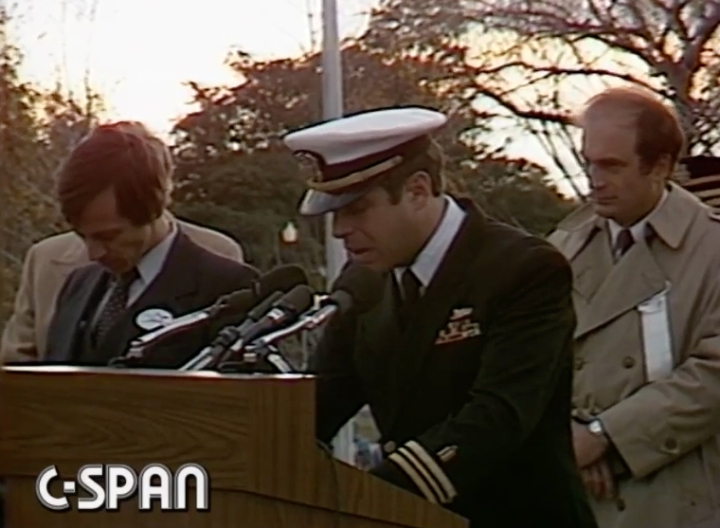 Navy Chaplain Rabbi Arnold Resnicoff ’68 delivers the closing prayer at the dedication of the Vietnam War Memorial in Washington, D.C., in 1982. (C-SPAN)

Resnicoff was also part of a small group of Vietnam veterans who helped create the Vietnam Veterans Memorial, delivering the closing prayer at the 1982 dedication, which included the words, “Oh Lord our God and God of generations past, help us, we pray, make this the beginning of the time of healing that we all seek. Help us ease the terror and the pain of all who suffered because of war and help them and help us find the way to peace.”