Moore, who had been interim vice president, has overseen the division since fall 2016. 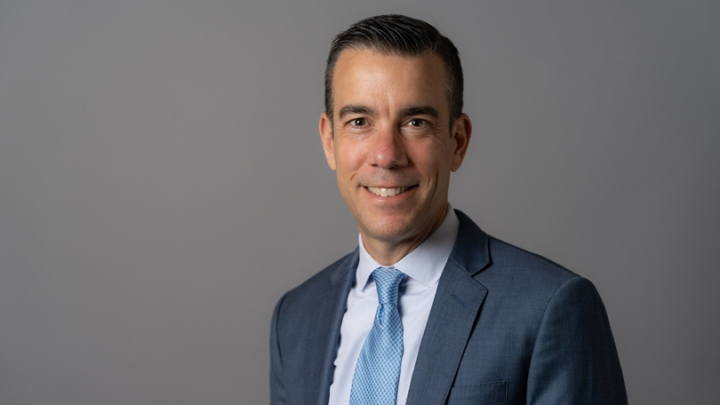 The appointment, effective Feb. 1, comes after Moore has served as interim vice president of the division since the fall of 2016.

“Steve brings extensive experience in campus planning to the role and is an adept leader at managing the division’s many functions and activities,” Mills says. “I’m glad to have him aboard in the permanent role.”

As interim vice president, Moore has overseen the Campus Services offices of Planning, Design and Construction; Environmental Health and Safety; Real Estate Office; the division’s operations and legal functions; and Business and Hospitality, which includes Dartmouth Dining, the Dartmouth Skiway, the Hanover Inn, Transportation and Parking, Campus Mail, and the Print, Mail, and Delivery Services.

Moore’s work in the division has included overseeing a significant number of building projects, including the west end expansion, reconstruction of Dana hall, planning for the building that will house the Arthur L. Irving Institute for Energy and Society, and work that began this winter to build the indoor athletics practice facility.

Moore came to Dartmouth from Babson College in Wellesley, Mass., where he served as chief of staff to the president and vice president of strategic initiatives. He joined Babson after 12 years at Milton Academy, an independent boarding school in Milton, Mass., where he was director of administration and counsel, and later chief financial and operating officer and general counsel. At Milton, Moore oversaw a comprehensive campus master planning process.

Moore has a bachelor’s degree from Bates College and earned his JD from Case Western Reserve University School of Law. He began his legal career as general counsel and director of out-of-state legal affairs for the equipment-leasing firm MicroFinancial, Inc., in Waltham, Mass., overseeing the growth of the startup business through its initial public offering on the New York Stock Exchange.