Influential farmer and author Eliot Coleman will be among the featured speakers. 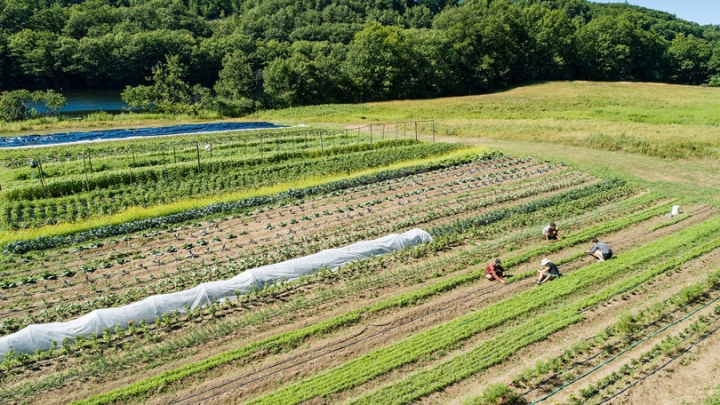 What, exactly, does the word “organic” mean on a food label?  Should it apply to hydroponically grown crops? Are current certification standards stringent enough? How can organic farming help mitigate climate change?

This Saturday, 16 leading organic farmers and activists from around the U.S. will address such timely issues at a daylong symposium co-sponsored  by the Dartmouth Sustainability Office and the Real Organic Project, a group that, according to its website, “embraces centuries-old organic farming practices along with new scientific knowledge of ecological farming.” The program, which is open to the public and requires registering, begins at 9 a.m. in Filene Auditorium, and will feature TED-style talks, virtual farm tours, and lunch.

The Real Organic Project was launched a year ago by a group of farmers, including Dave Chapman, whose Long Wind Farm in East Thetford, Vt., grows organic greenhouse tomatoes and sells them throughout the Northeast. Chapman says the Project aims to bring “transparency and integrity” to the “organic” label at a time when, he says, standards for organic production are being loosened by the federal government.

“Our project members are an enormously talented group of people and they have true grit. You don’t become a farmer without that, and I think that as we all start to speak to each other in public, the national conversation will change,” says Chapman. “It’s not a boring conversation about commodities; it’s really about what we eat—the nutritional content or the load of poisons we are ingesting—and it’s also about greening and cooling the planet.” 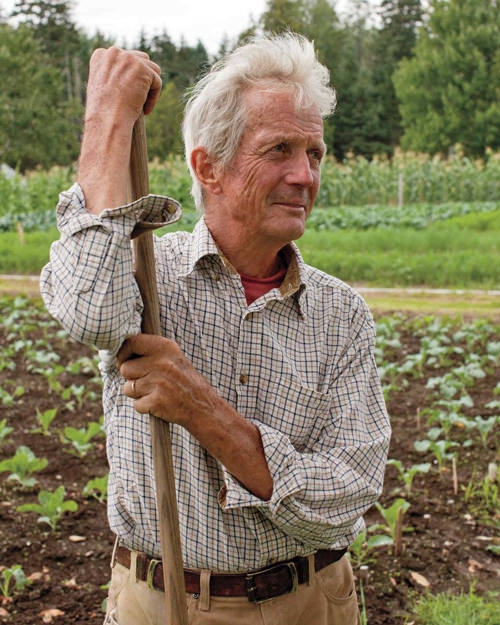 Farmer and writer Eliot Coleman will be a keynote speaker Saturday at the Real Organic Project Symposium. (Photo courtesy of Four Season Farm)
Influential farmer and writer Eliot Coleman, whose Four Season Farm in Maine produces organic vegetables year-round, will deliver a keynote speech, “Defining Organic Gardening.” (Coleman is no stranger to Hanover. Early in his career, while teaching at Franconia College, he recalls, he spent a lot of time at the Dartmouth Library researching agricultural practices he would later apply at his farm.)

Another speech will be given by Anne Biklé, a Seattle-based biologist who co-wrote, with her husband, David Montgomery (a former Montgomery Fellow at Dartmouth), The Hidden Half of Nature: The Microbial Roots of Life and Health.

“There’s a lot of mystery about what an organic label means these days,” says Braasch. “Hearing from people who are trying to create transparency around what it means to grow plants in healthy soil and raise animals on pasture fits well with our mission to create a landscape for experiential learning and help communicate ideas across the farming community.”

The $25 registration fee includes lunch and refreshments. Tickets for Dartmouth students will be fully subsidized through support from the Dartmouth Sustainability Office, the Nelson A. Rockefeller Center for Public Policy, and the Department of Geography.